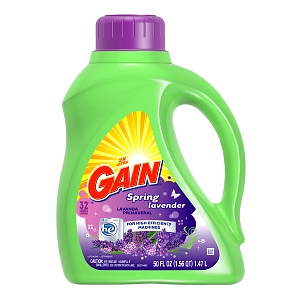 Last night something very strange and uncomfortable happened. A girl knocked on our door at 7:50 pm. I recognized her as someone I had seen coming and going from the house across the street. The house across the street had several young, single people living there as roommates and she seemed to be one, as of late. She introduced herself and her 3 year old son she had with her, whose name was Cloud. She asked me what our plans were for Easter. I was a little surprised and said we planned on spending it with family in the area and asked why? She invited me to her church’s Easter Egg Hunt. I said thank you and that was thoughtful to ask, but we had plans. Then … it got reeeeeeally weird. She leaned in and said, “I wanted to ask you something else … my gas bill is due and I don’t have the money and I was wondering if you could loan me $80?”

yeah. super weird, right? Who the heck does that?

So then Daniel walked up to the door and I explained what was happening, to which he responded ” …. huh.” Then the girl went on to talk about herself and her son and the area and blah, blah, blah. Finally I said I had somewhere to be (because I actually DID need to be somewhere, thankfully) and I left her and Daniel at the door. Her son wandered into our house and started playing with the boys and by the time I was leaving, Daniel was trying to put the boys to bed, she was in our front room, her son was having a fit about leaving, Daniel was on the phone and as I tried to squeeze by her on my way out the door she says, “so, about that $80. Do you think you could give that to me?”

I was floored. This girl did not look like a homeless person, yet she was acting as brashly and rudely as one. I told her we didn’t carry cash and don’t keep it in the house (in case she or her roommates got any ideas …) and I couldn’t give it to her. I asked how she expected me to give it to her. She told me I could go to an ATM and get it out. I told her no. She said I could write her a check. I told her my husband is in charge of our finances and he would have to answer her and I told Daniel and walked away.

I came home and asked Daniel how he got her away from our house and it turns out … he gave her the $80. I couldn’t believe it.

This morning, I called my Dad. He had some insight on how to handle people who ask for handouts and it was great advice. He said to make sure and not take their problems on as your own. You don’t have to come up with answers for them, because it’s not your problem. You don’t even have to defend yourself as to why you wouldn’t help them because it’s their problem and they should plan for it and help themselves. He DID say that you can point them in the right direction and let them know which authorities can help them. The county has programs for struggling members of the community and you can go into any police station and they will direct you to these programs. Also, she had mentioned she was a member of the Seventh Day Adventist church. He said, she should probably go to the members of her church, or family before me.

I told him I felt taken advantage of. Robbed. I hated her for putting me and my husband in this terribly awkward situation and I wanted our $80 back, but I was afraid it was just gone. As soon as the check was written, it was gone. Daddy told me something that really helped me understand this better. In essence this is what he told me:

Christ helped everyone. You will never hear in the Bible any sermons that Jesus Christ gave on self-reliance. And more than that, he gave to everyone. It didn’t matter if they were homeless, whores, mean, bad, evil, whatever, he helped everyone. Now this doesn’t mean you should give and give and give until you are figuratively hanging on a cross, but it does mean, that every once in a while, when you do share what you have (begrudgingly or not) you are helping someone else. You are giving as Christ did. And maybe instead of throwing your money away on buying some nice Sunday heels for Easter, you gave money to someone who needed it for something else.

I told him, I just didn’t feel safe. We recently got something stolen out of our garage. Daniel’s classic BMX bike. It feels strange, having something and then without reason or understanding, it’s just gone. It’s an unsettling feeling. And then to have $80 just gone because someone put you in a terrible position and you’re too nice to say, “Get out of here! Are you crazy?!” And I told Dad it felt awful. He said, “yeah, I know. That’s the trouble with material things”.

It got me thinking about material things …. Daniel and I have enough to pay the rent and pay our bills and buy food and put our boys in soccer for a season. That’s pretty awesome. But it makes me angry to think that what little we have saved up or set aside for our boys, or Sunday heels or for birthdays are going to the darn weird-o across the street! So I started thinking, “what would I do if I had a lot of money, a lot of excess?” And I’ll tell you what – I would buy Lavender Gain detergent. all. the. time. Yep. That is such a luxury.

I usually buy the cheapest, Kirkland brand detergent at Costco. But one day about two months ago I wanted to buy some really awesome smelling detergent, to wash my sheets in, so that when my parents came to stay at my house, they would sleep in really awesome smelling lavender sheets. I have been rationing this lavender Gain detergent ever since. I save it for the sheets, or towels, sometimes my underwear (never for the boys though … that would be a waste. No matter what I do, they will, for some reason, always smell like dirt, spit and grass, sometimes even like dirty bum). So, that’s what I’d do with extra money. Lavender Gain detergent. It’s awesome.

One thought on “lavender gain detergent”