My little Liam. He is such a beautiful little man, with so many things going on below the surface. He is loving and sensitive and fun. He loves shopping with me, eating breakfast foods, playing with Ray and making people laugh. I went with him on his class fieldtrip a few weeks ago and realized he makes his friends laugh and he acts silly to get them to giggle. Funny little man. For school, we brought in army men cupcakes. When you bit into them, they were various colors of green: 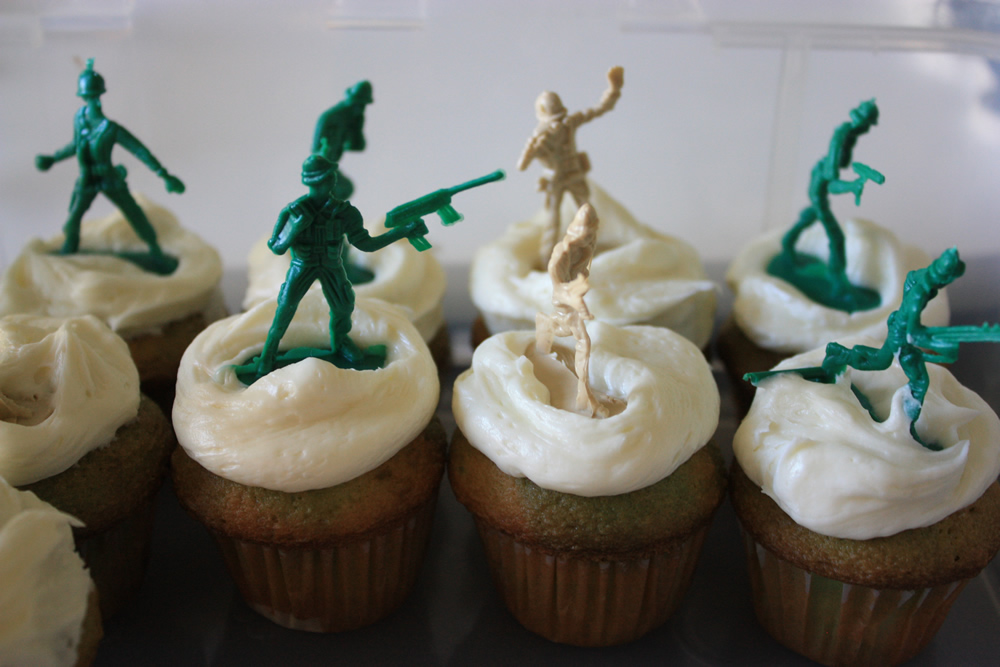 He loves the movie “Frozen” and sings the songs from it! He reads books now, has about 50 sight words memorized and does very well in school. Most of all, Liam loves to dress up. I will regularly walk around the corner in our house and see Liam walking by normally with a mustache and hat on. Just another day … wandering around the house in a cape and gloves, or with a helmet on and a belt. He’s hilarious. So we had to make his birthday a dress up birthday!

But when I googled “dress up party” it brought up a bunch of girly parties. I needed a manly, dress up party and this is what we came up with: 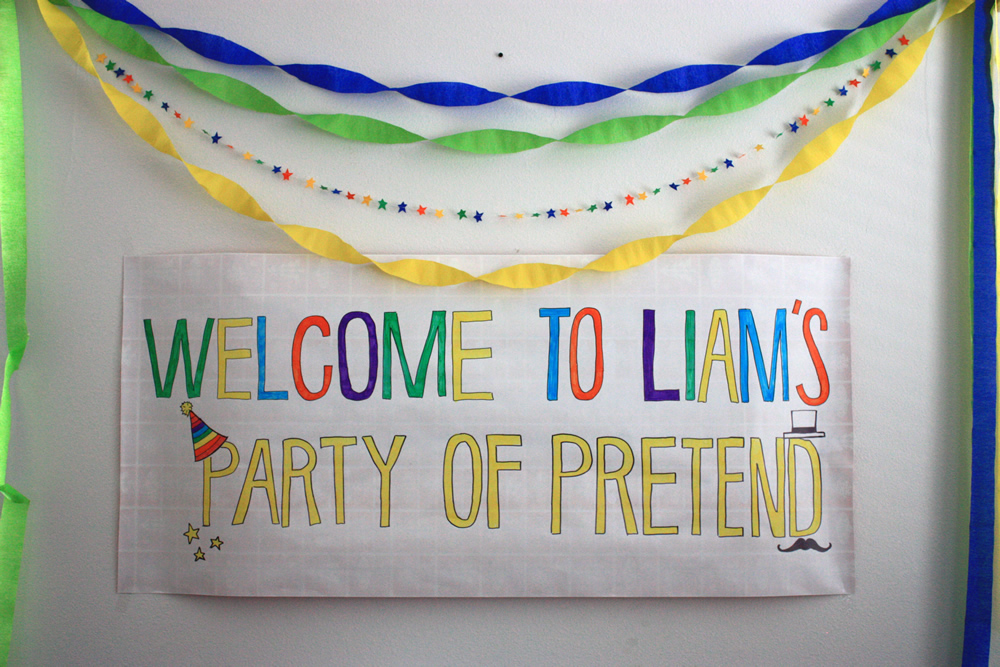 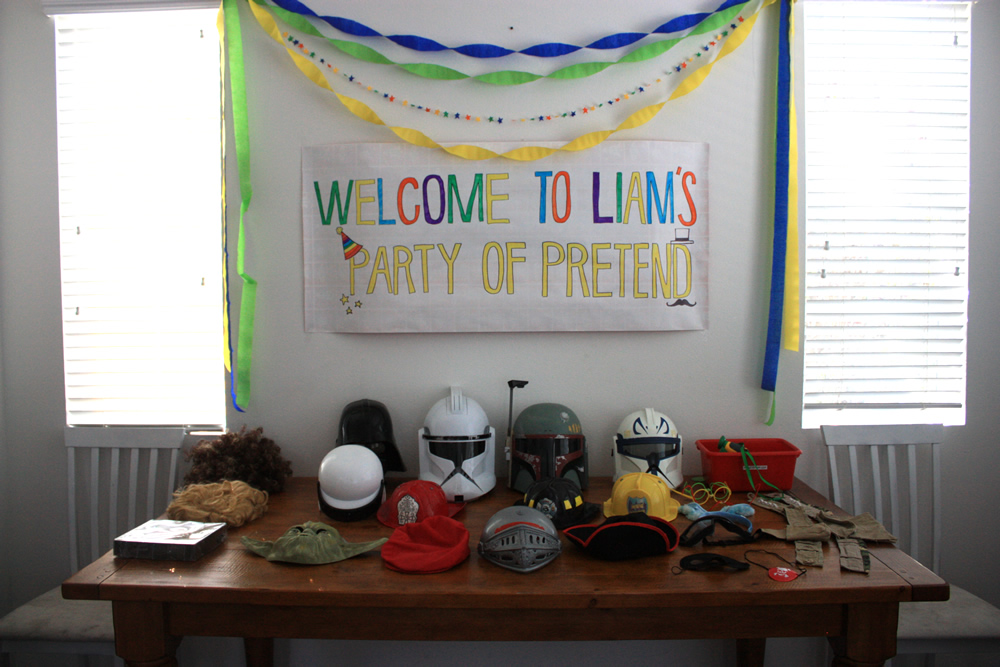 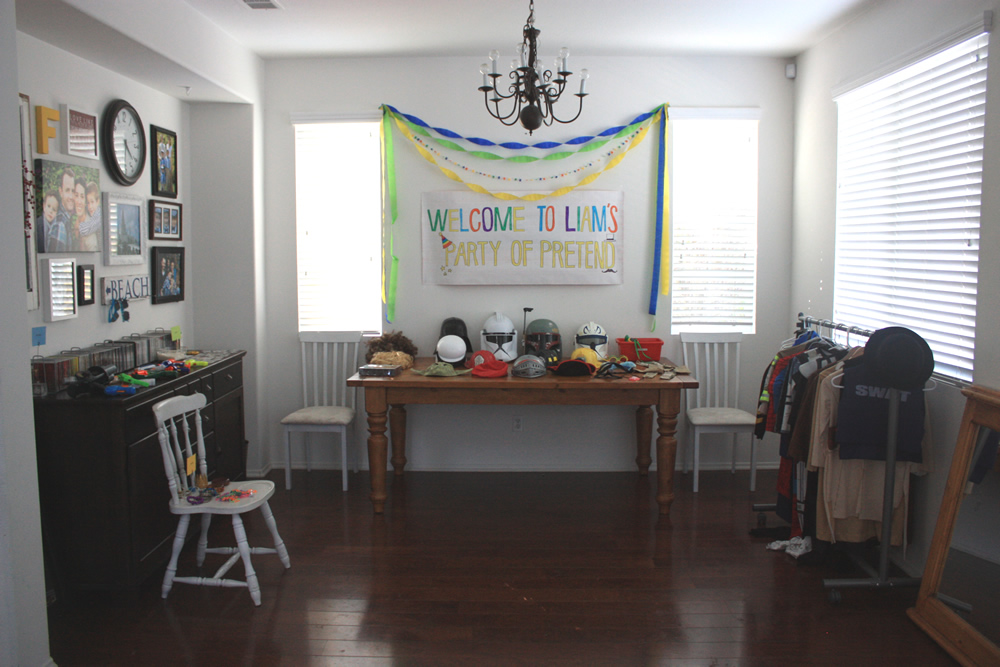 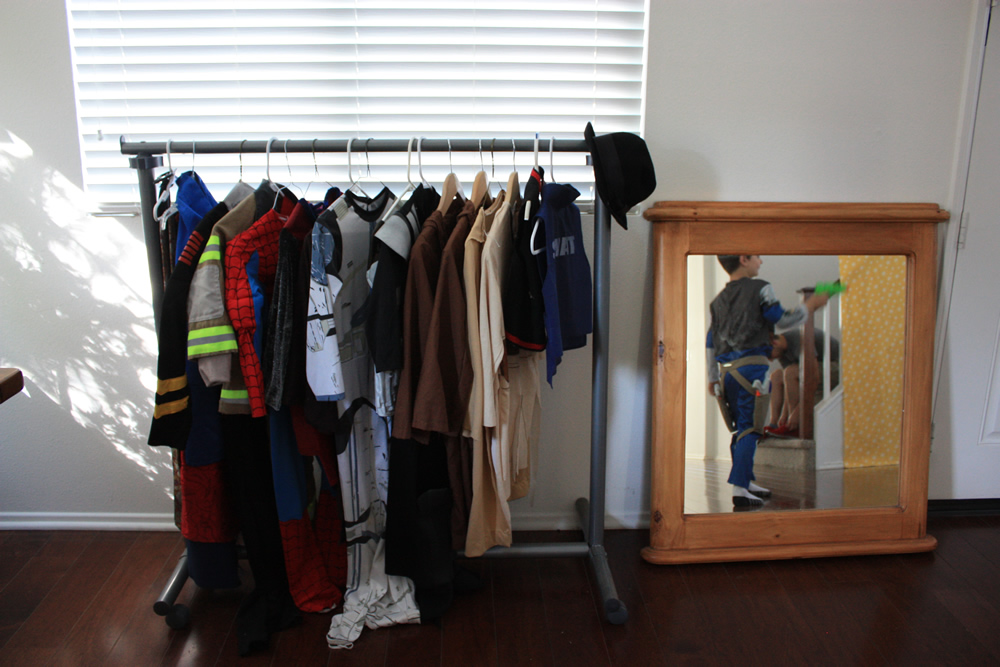 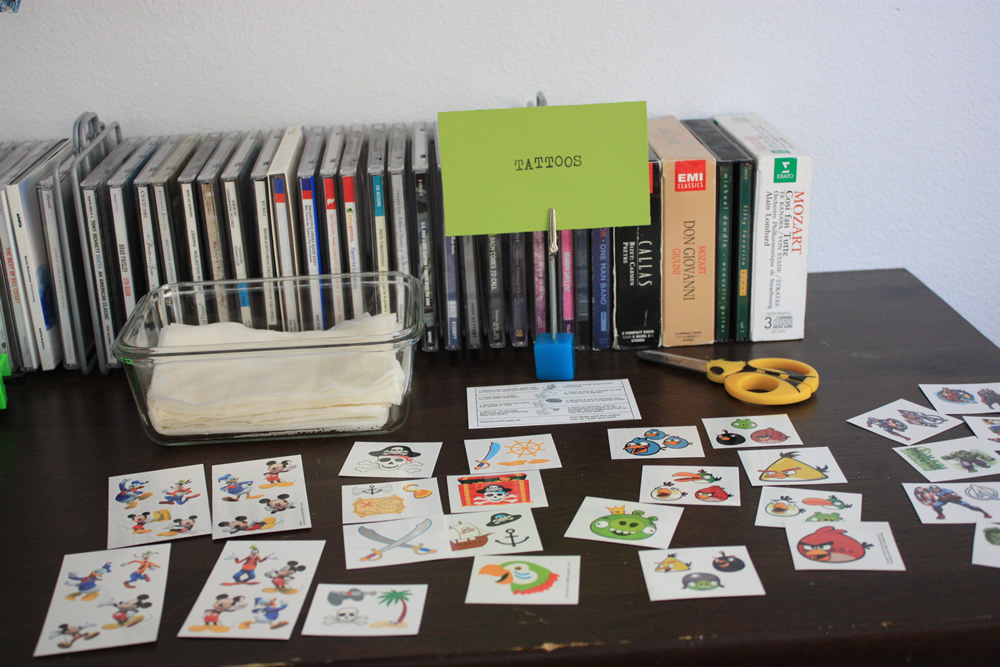 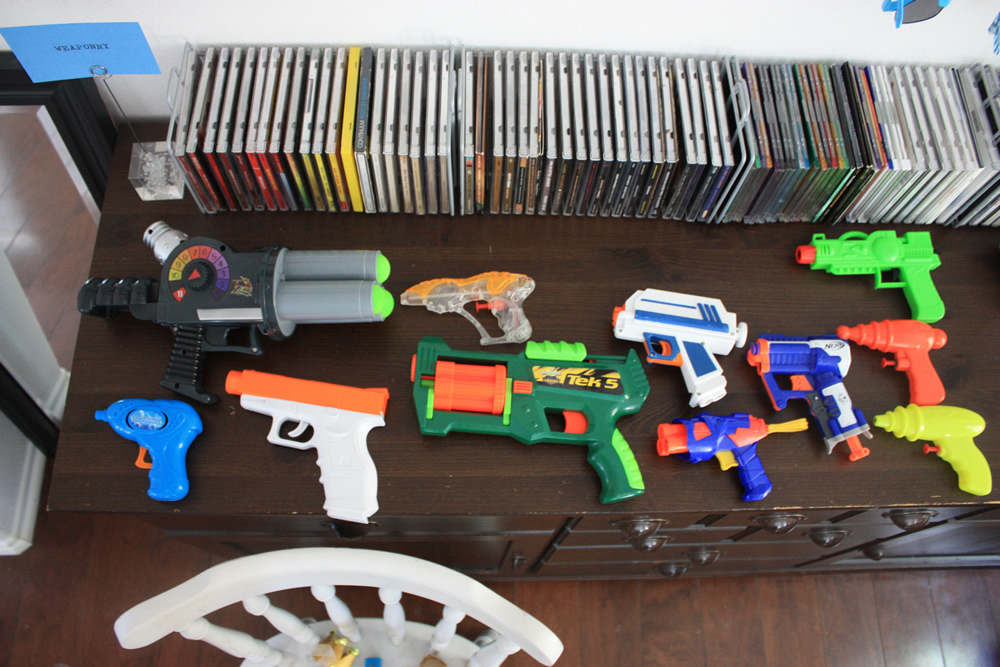 I don’t know how this happened in my house … I never imagined we’d end up with quite so many weapons. 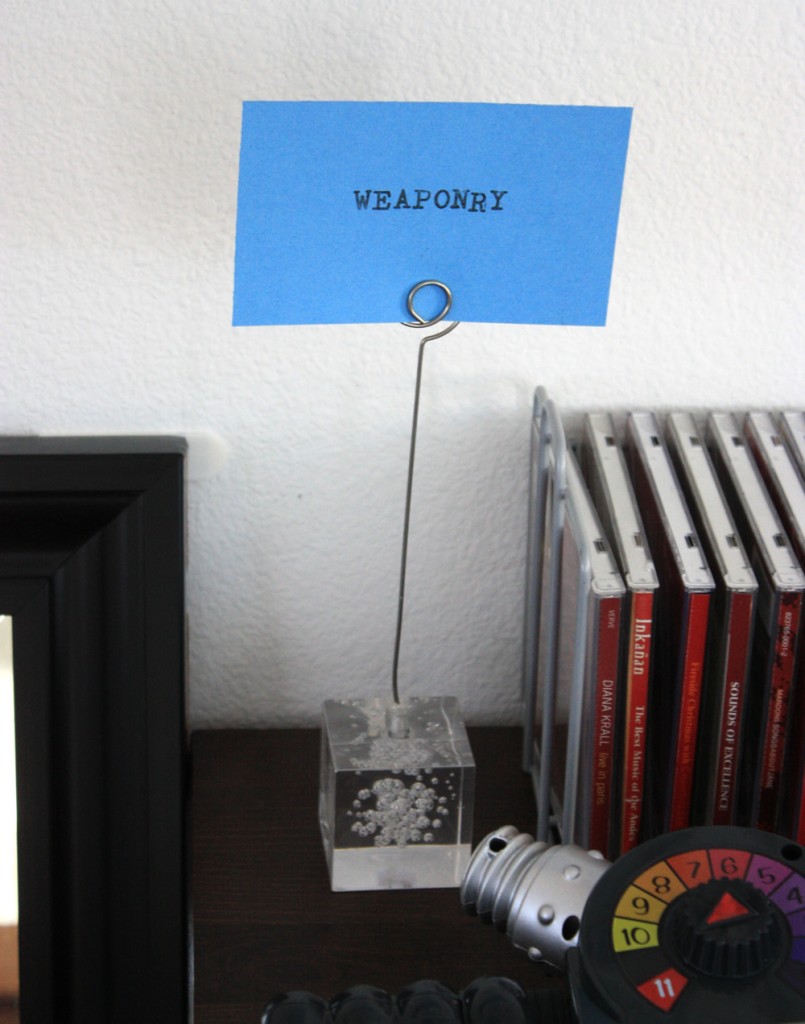 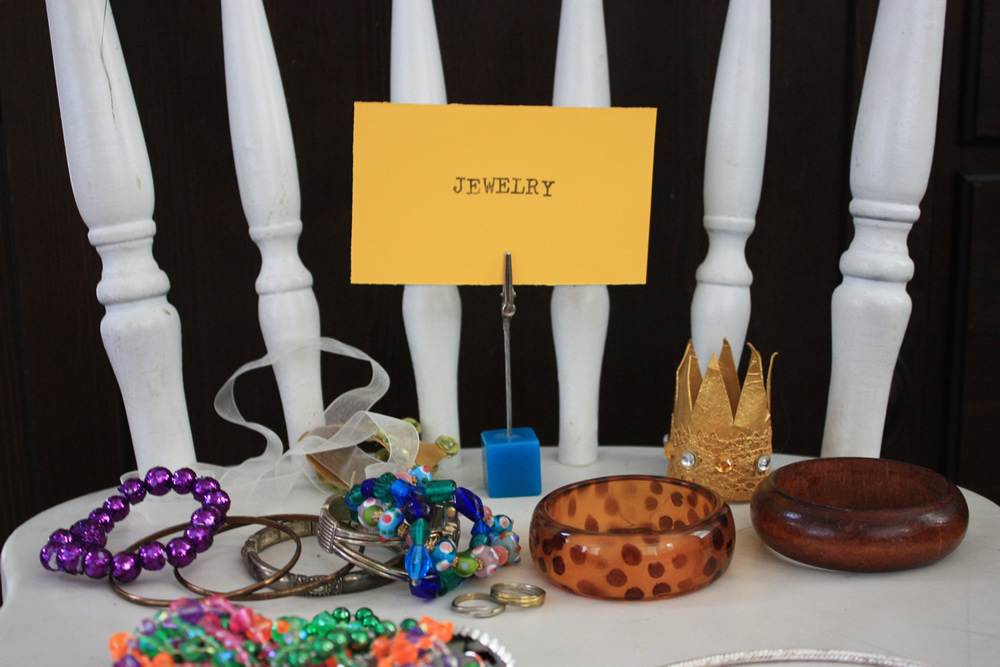 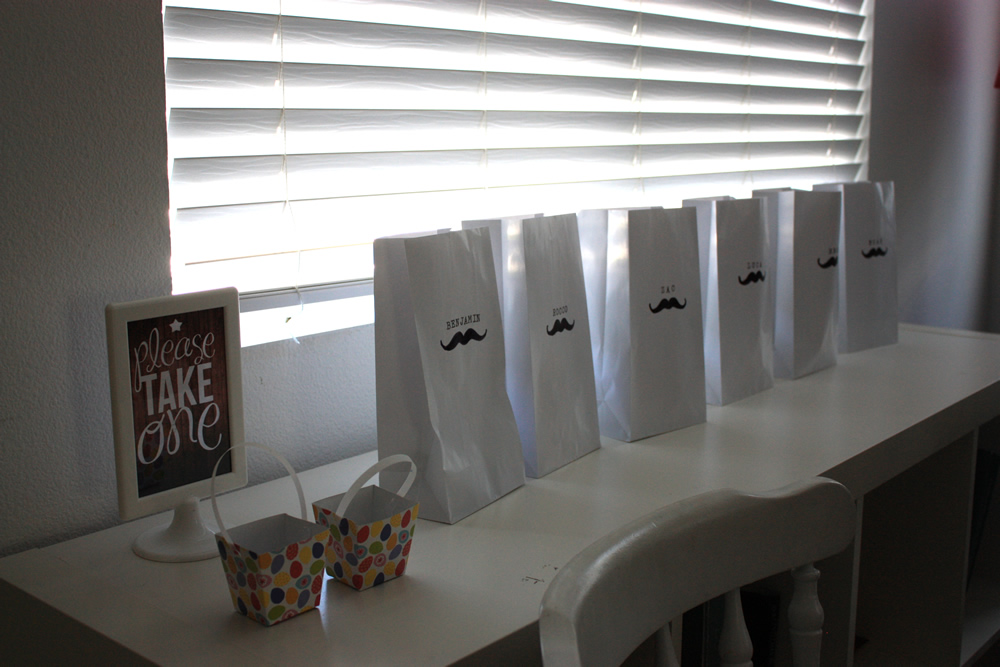 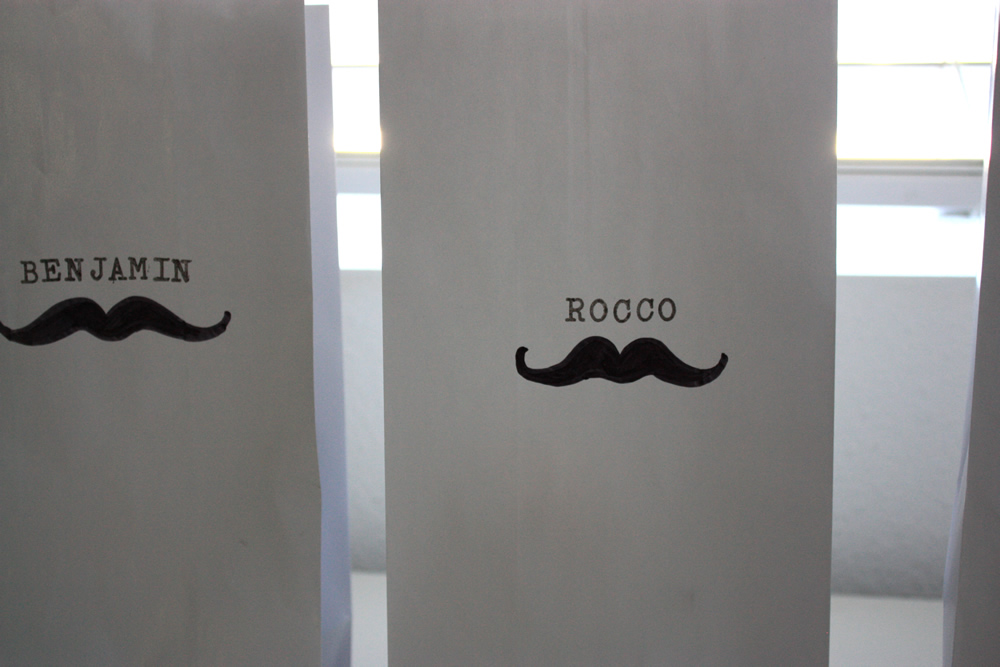 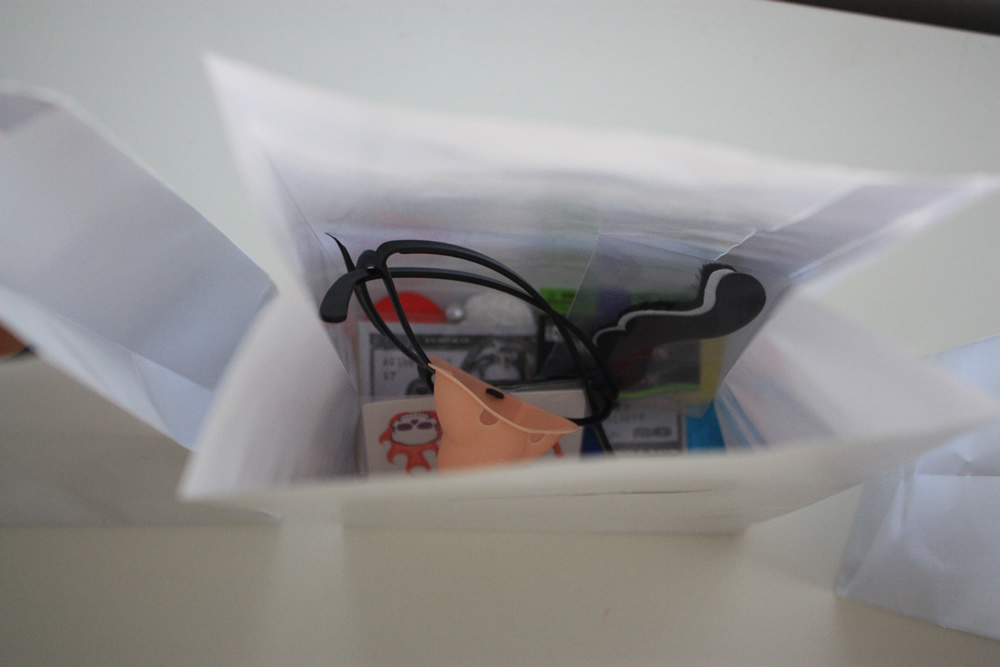 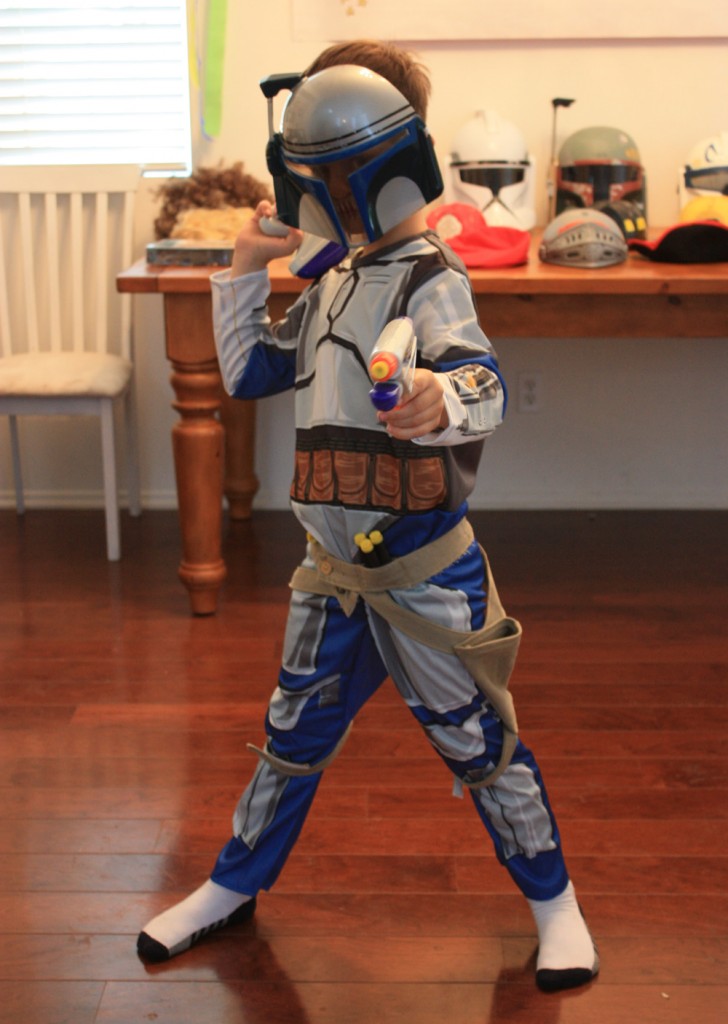 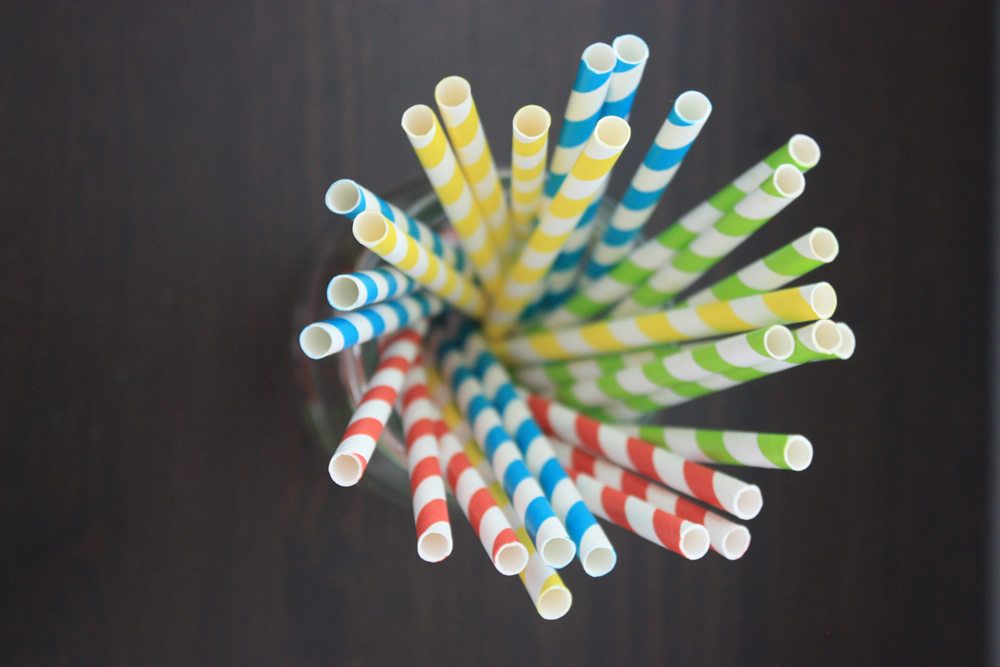 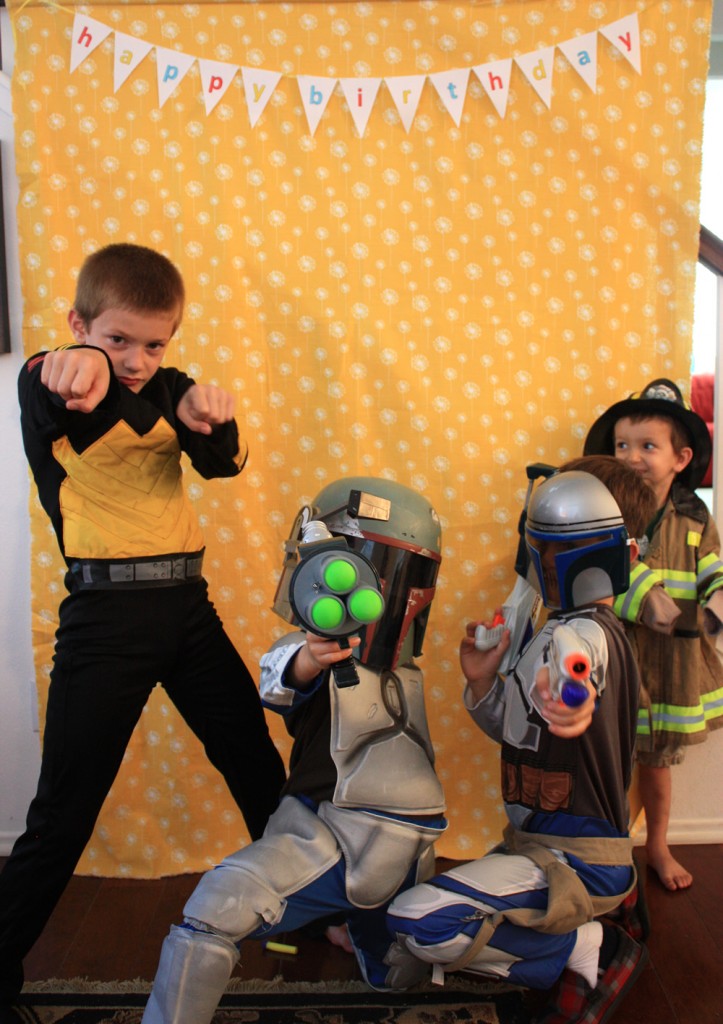 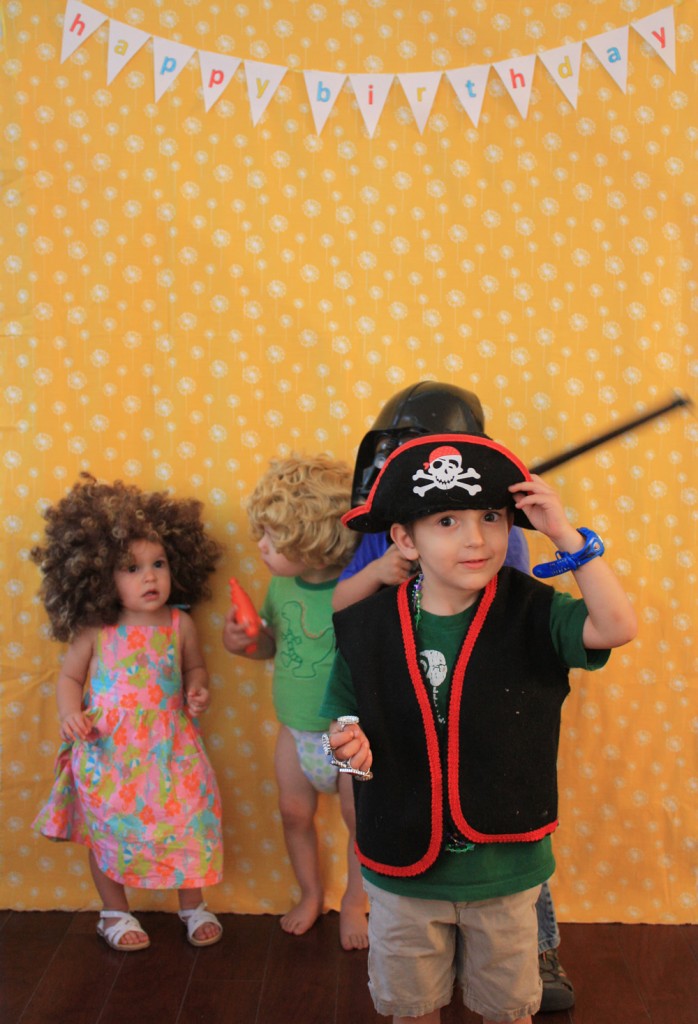 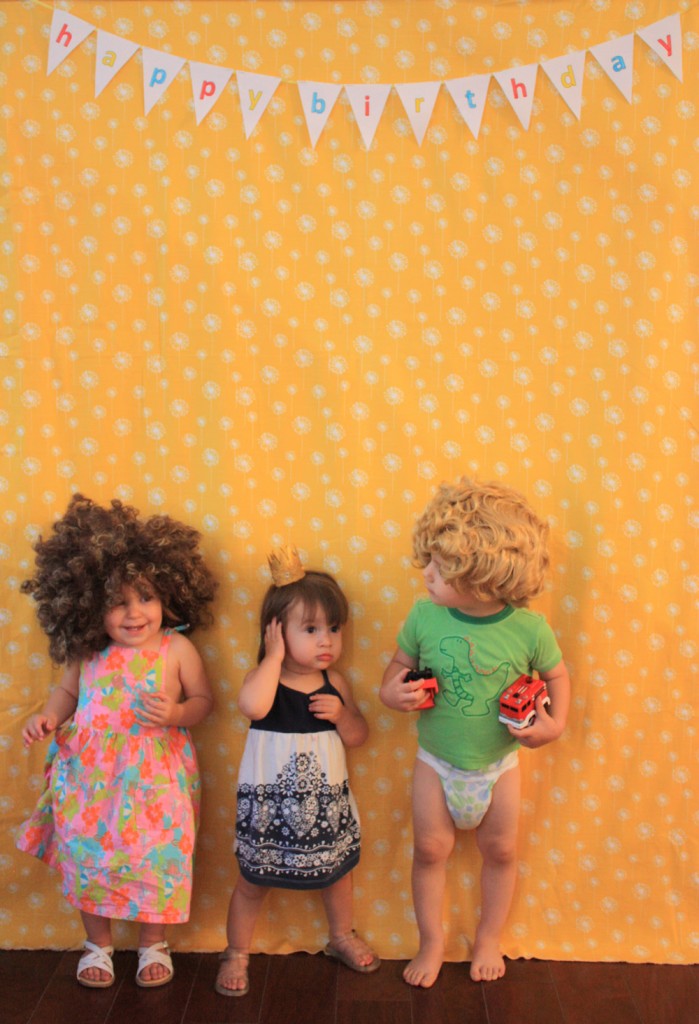 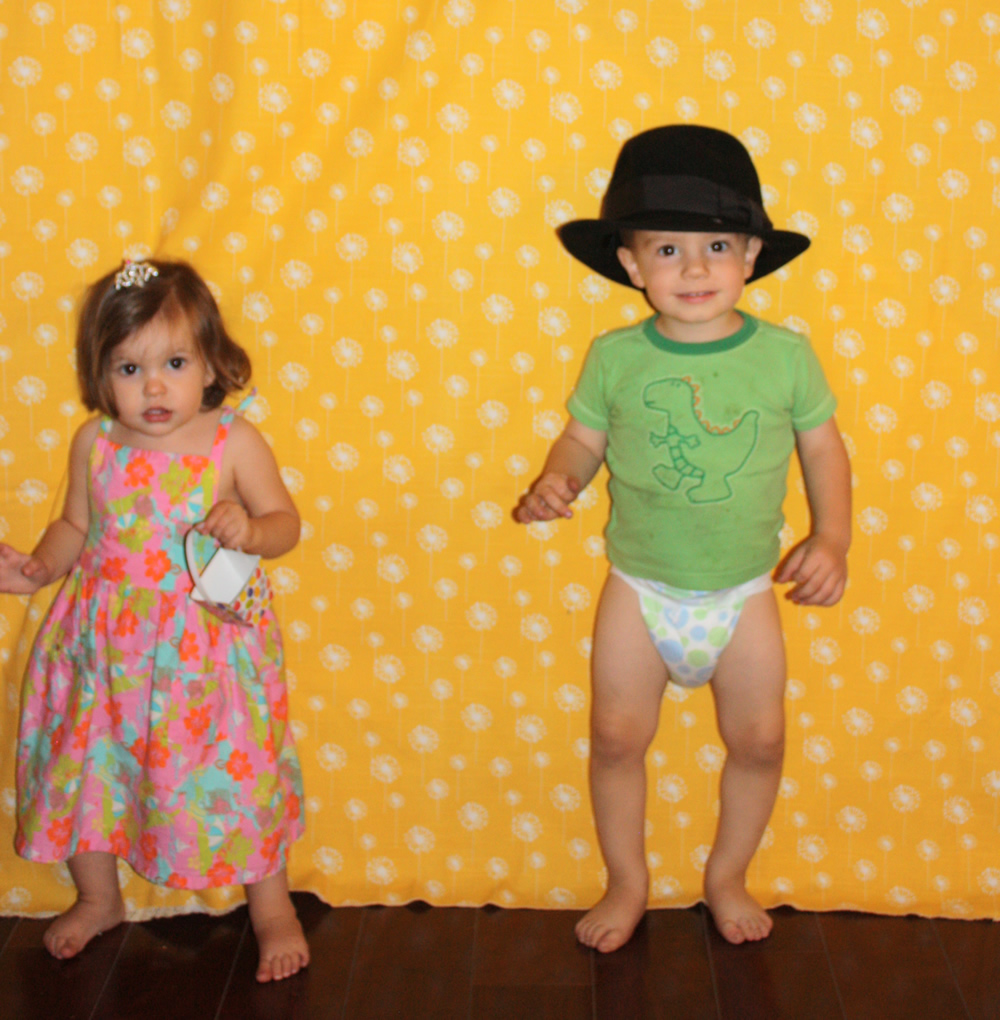 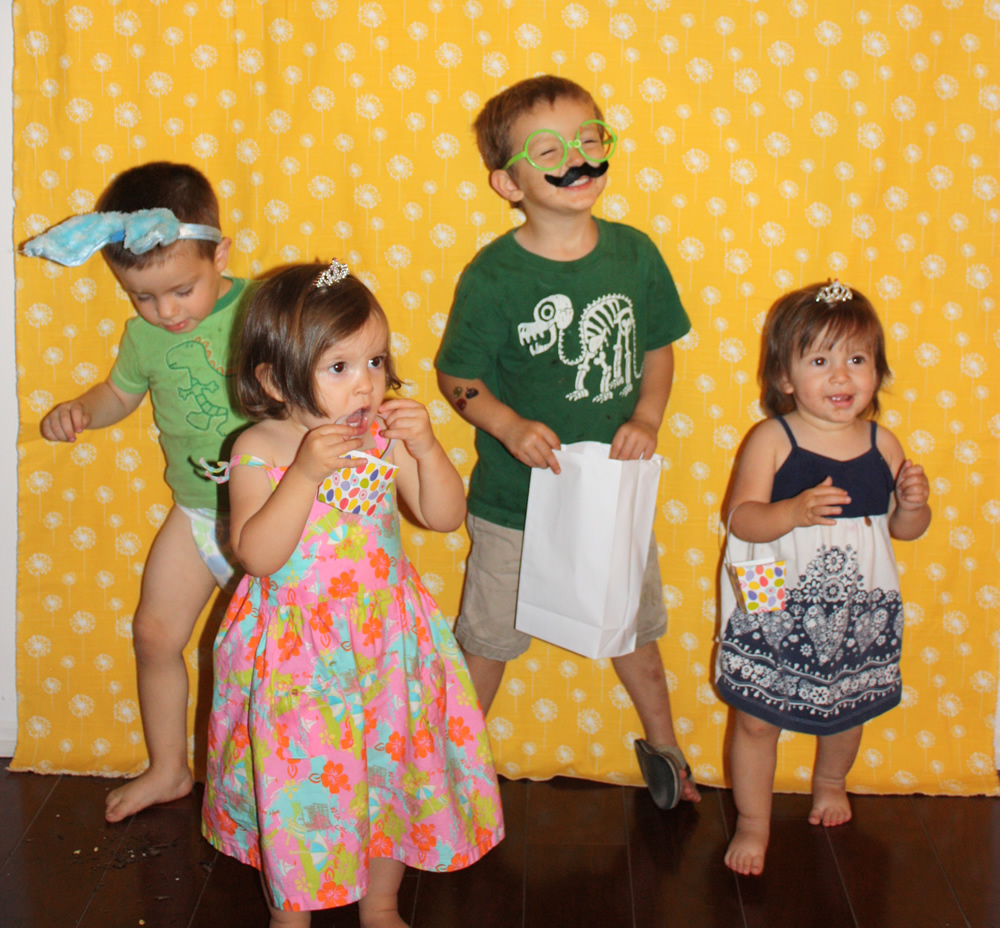 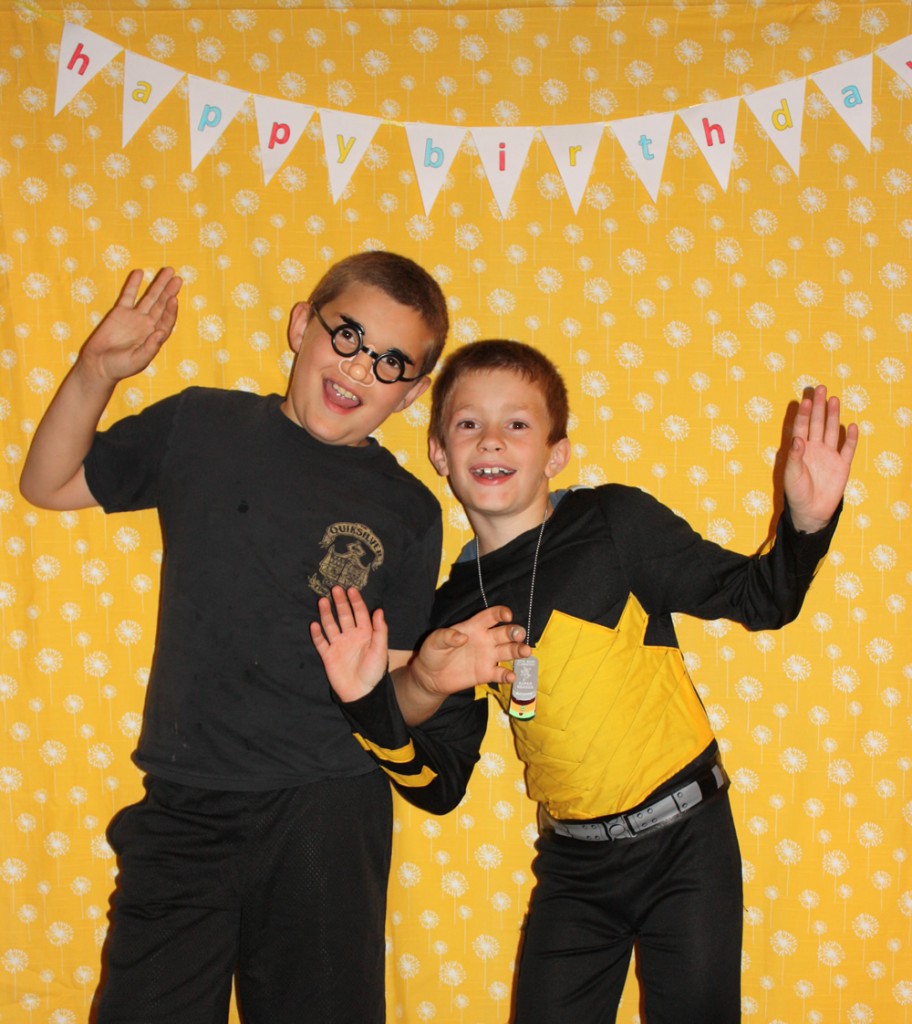 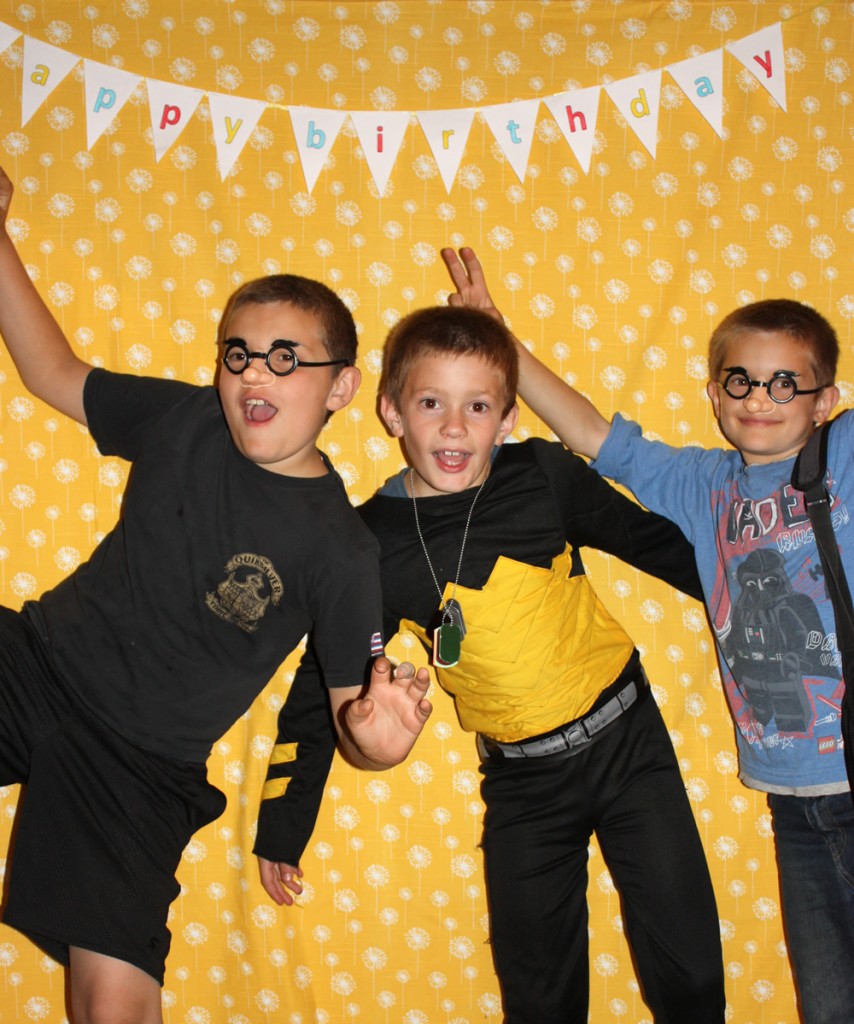 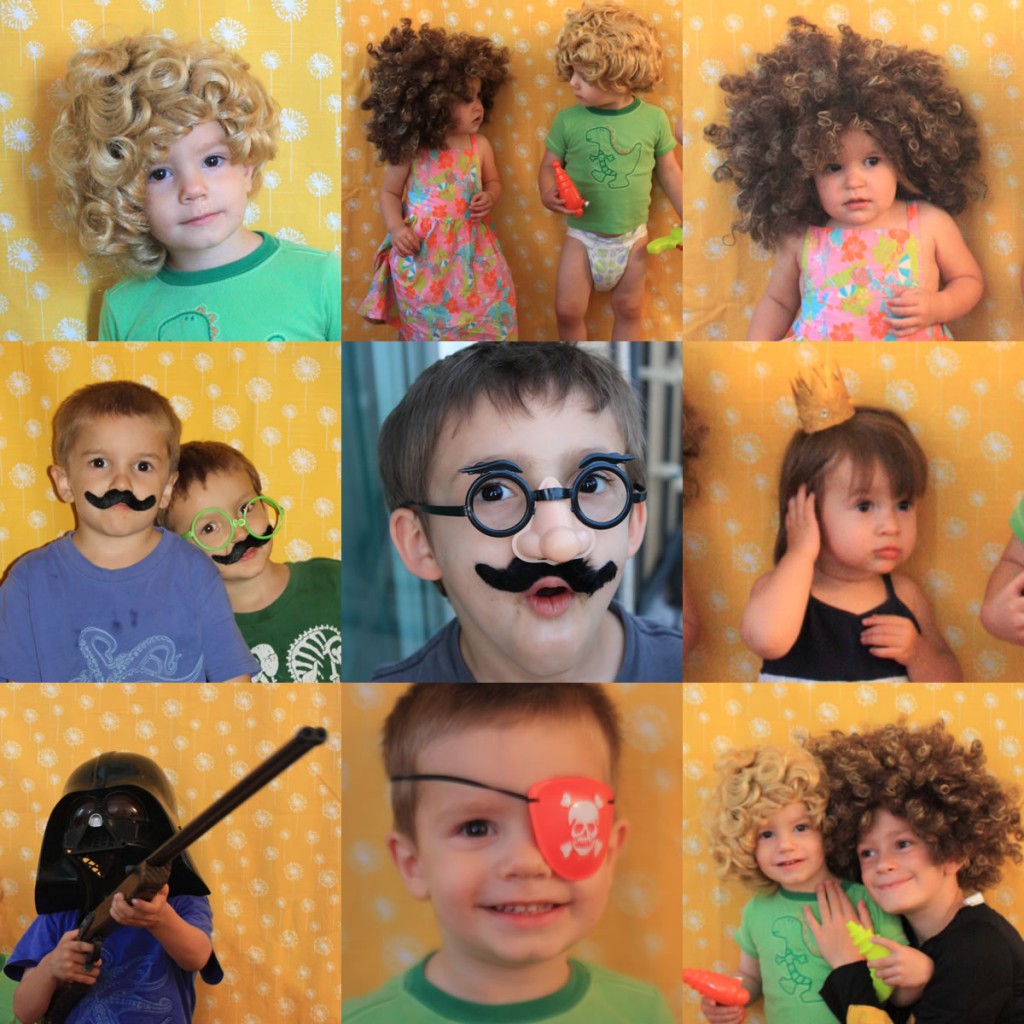 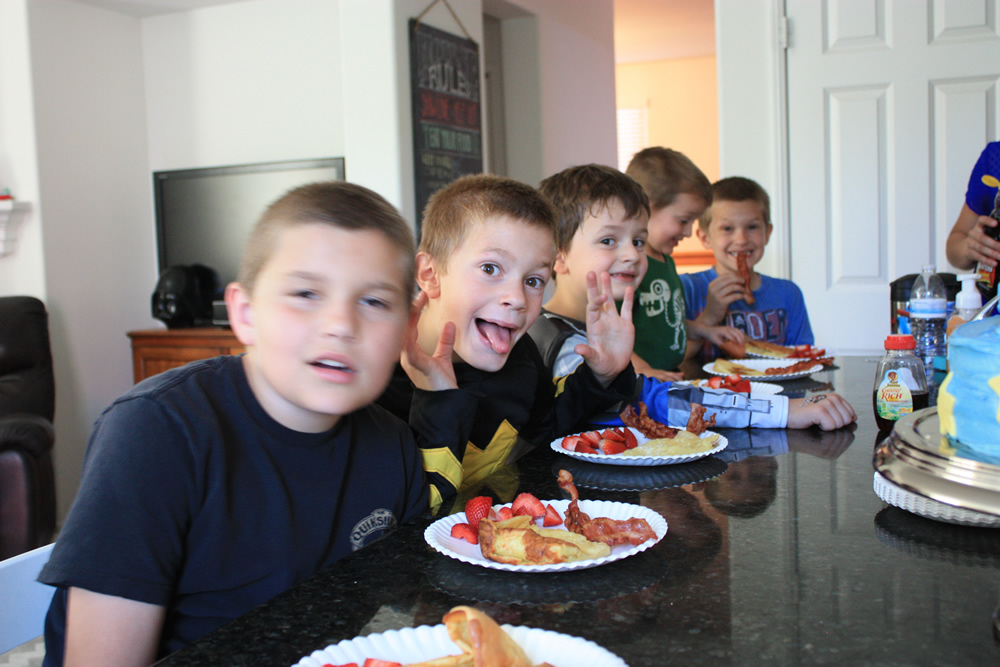 For Liam’s Birthday Dinner he asked for – German pancakes, bacon, strawberries and OJ. 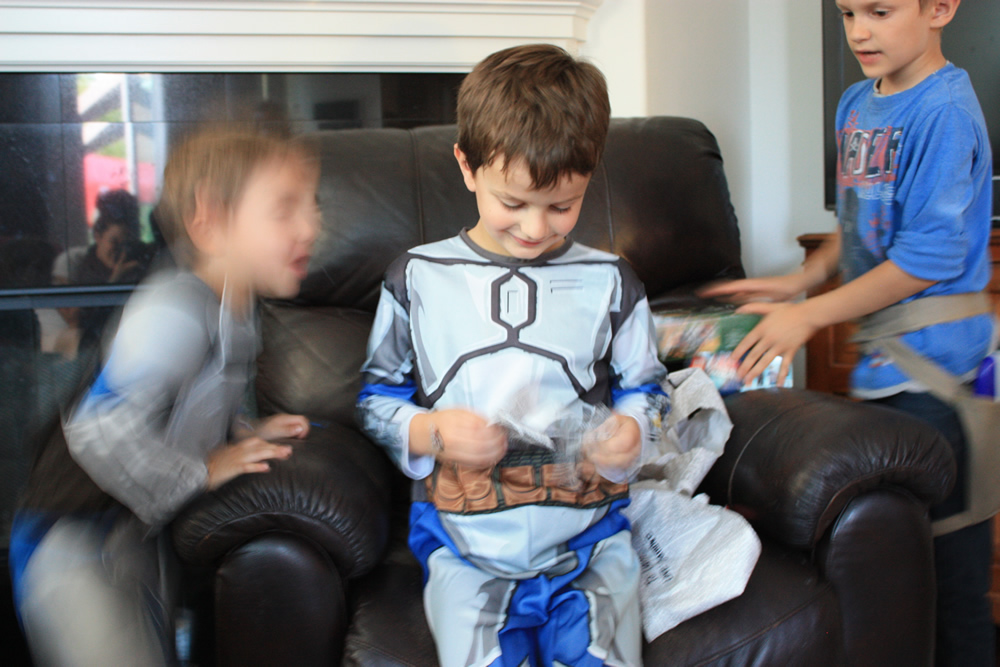 opening presents – I thought I had some awesome pics to show the Grandparents … but all of them were blurry. really blurry. But he has already worn his CAL shirt Gammie and was wearing the costume you got for him in the picture! And Grandma and Grandpa – he looooved the little Lego guy with a holster and the Lego battle pack! You guys had to know he would love it because he picked out everything on his Amazon wishlist himself! he was delighted to get all 6 things on his list from parents and Grandparents combined! Lucky kid. 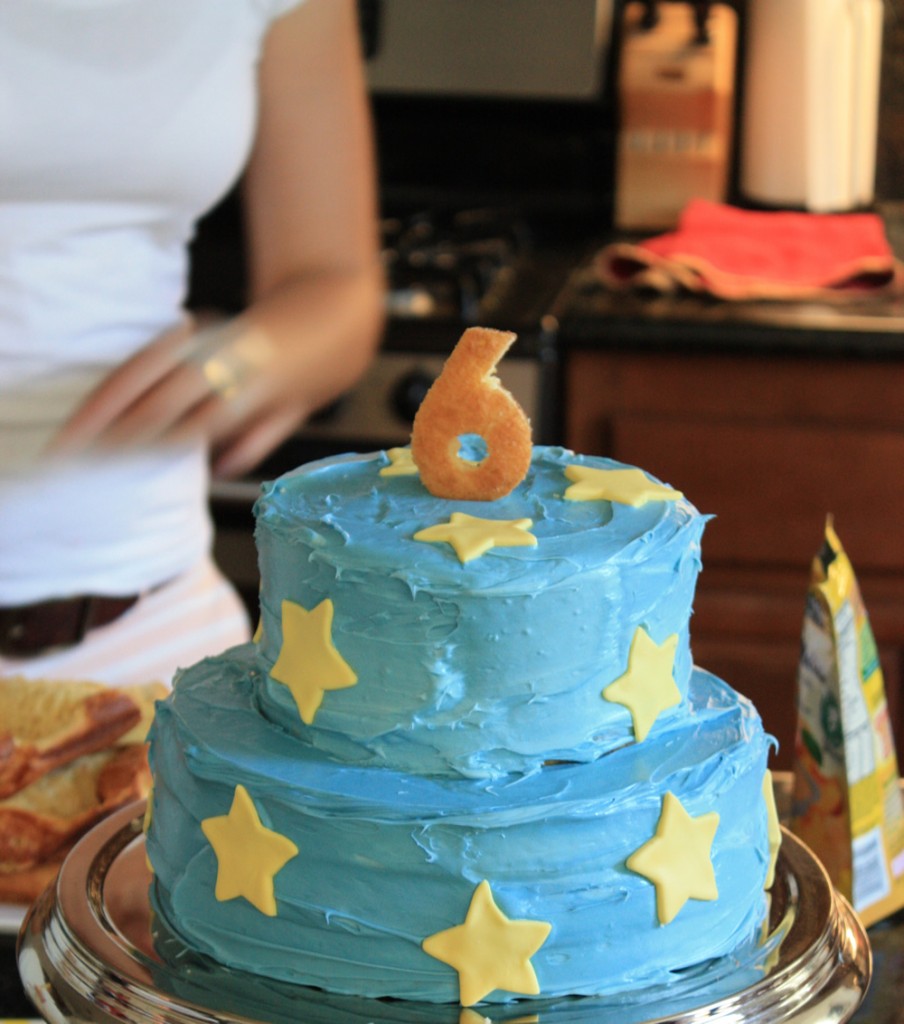 Here’s a bonus – I’m actually in this picture. Do you see my torso on the left?? Also – there’s the cake. Liam dictated what it was. He asked for a two layer round cake that was blue with yellow stars on it and a 6 on top. He said he’d position his own Lego guys on top of it, but then he didn’t and then the blue and yellow turned out more pale than I planned and well, it turned out looking a little like a baby shower cake. But whatevs. 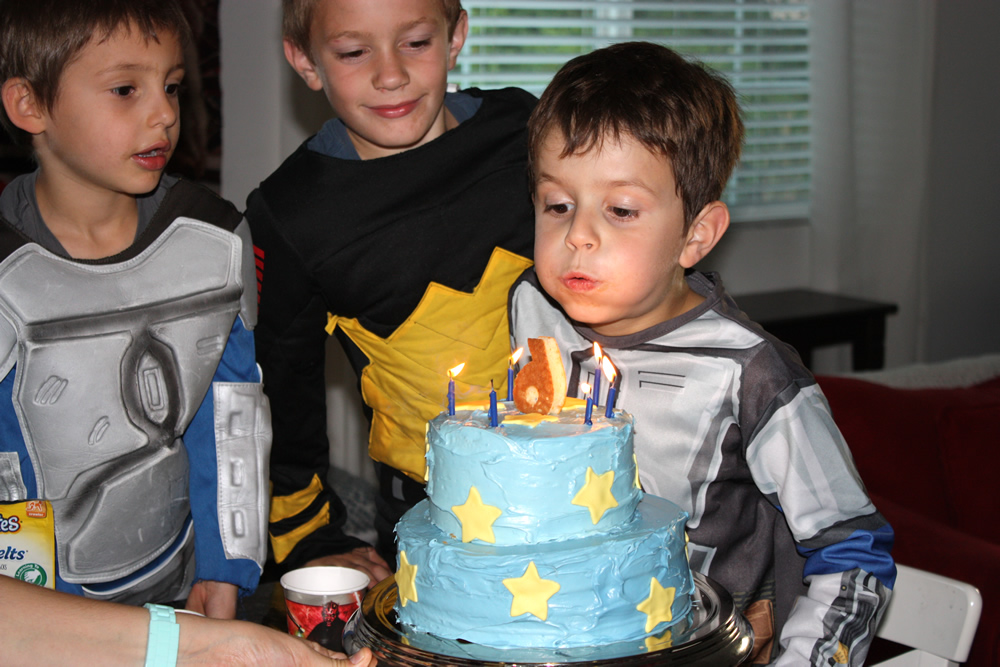 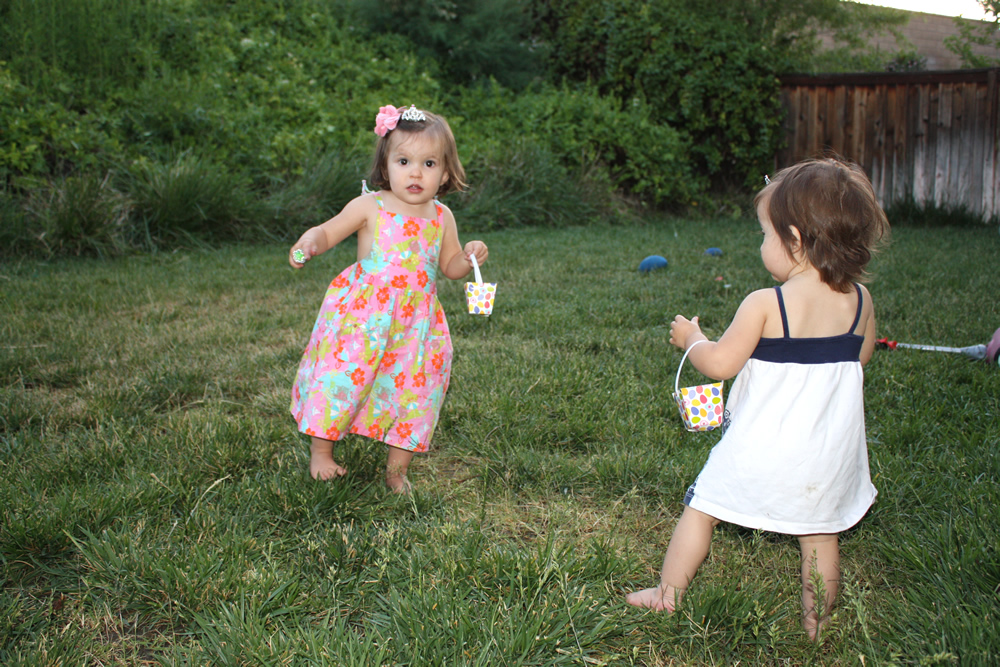 The little girls got separate favor bags than the boys. In their little bags they got a ring and tiara. Good dress ups to go home with, huh? For the boys’ favor bags they got tattoos, a stick on mustache, silly glasses with eyebrows and nose, an eyeball ring, fake money, a sheriff tag and chocolate coins. 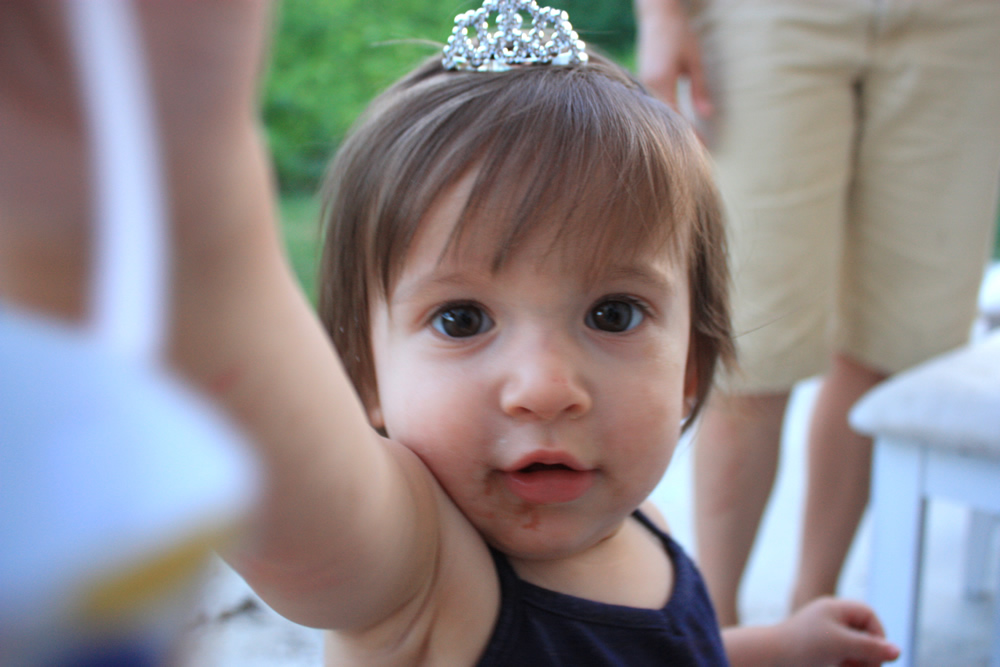