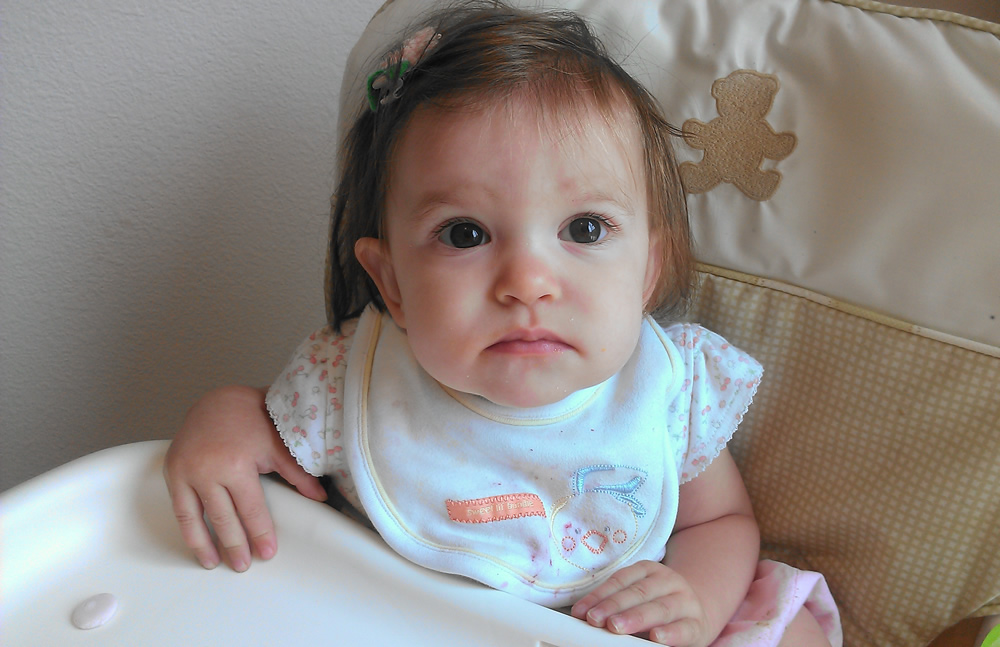 We watched the Clark’s kids a few weeks ago. Aria took Zac, so we just had Ben, Rocco and Emily. Not gonna lie, 6 kids is rough. But fun too. There were some serious good times. One of them? Dressing a little girl. Emily came equipped with her own fully stocked suitcase of clothes and accessories. It was awesome. I will let the pictures tell the story. But one story – I went to the store with all 6 one time. It was quick, I only needed like 3 things and was only inside the store for 10 minutes. However, I got stopped 3 times …. by surprised people watching me roll past with a baby in my front carrier (Emily), one in the front of the cart, and two hanging on to each side of the cart. They kept asking, “Are these all yours?” 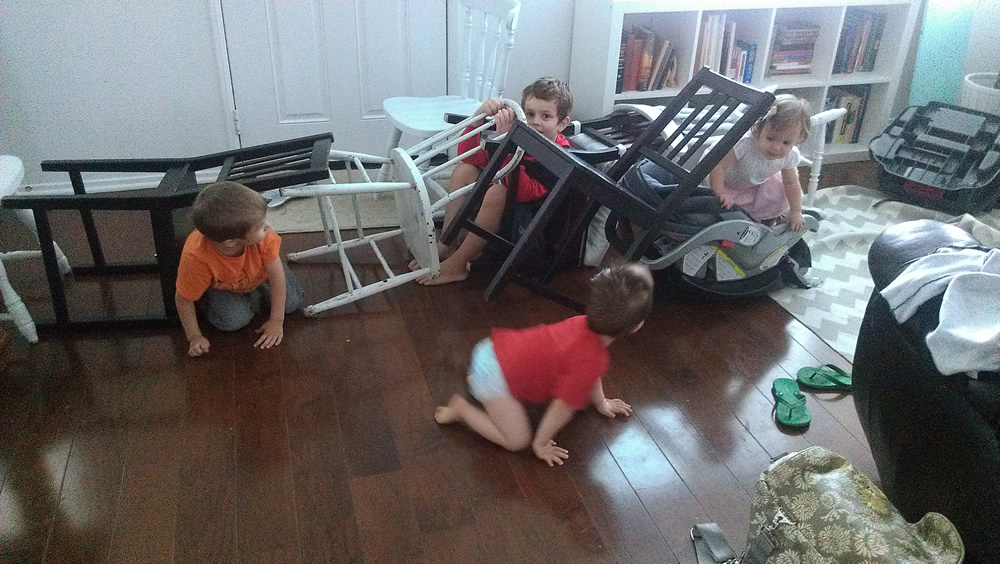 This was day one … I think hour one. 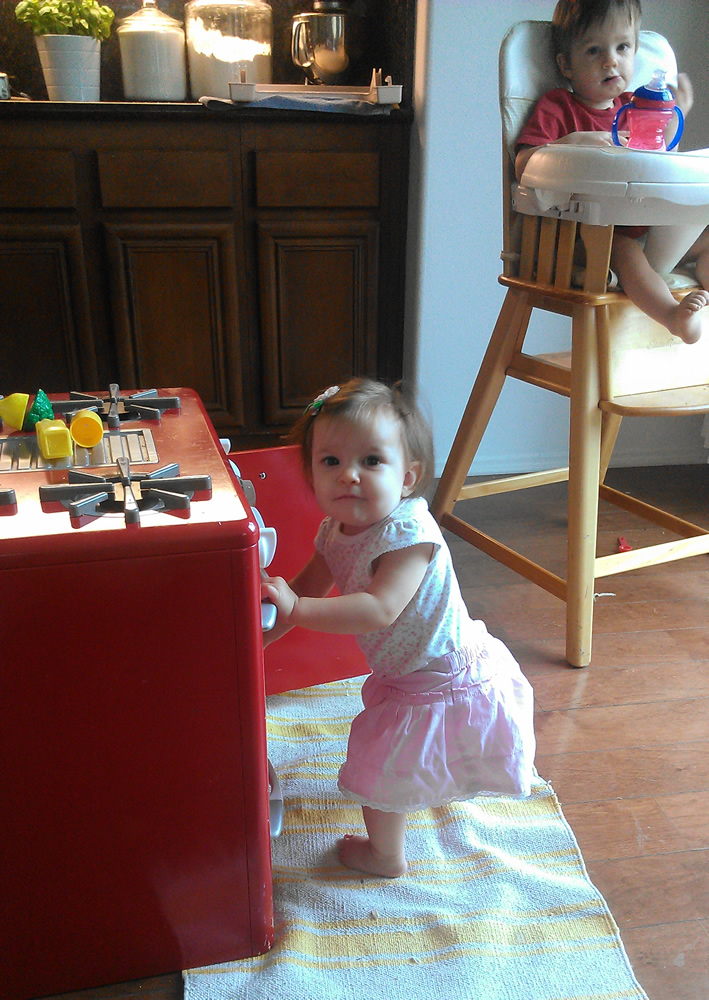 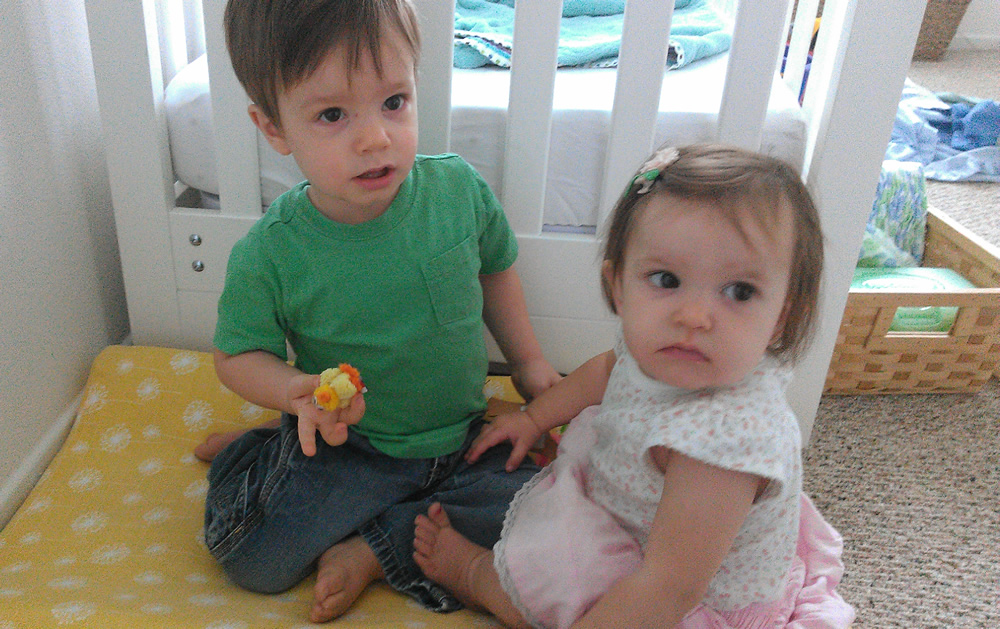 These two look like they could pass for brother and sister, no? 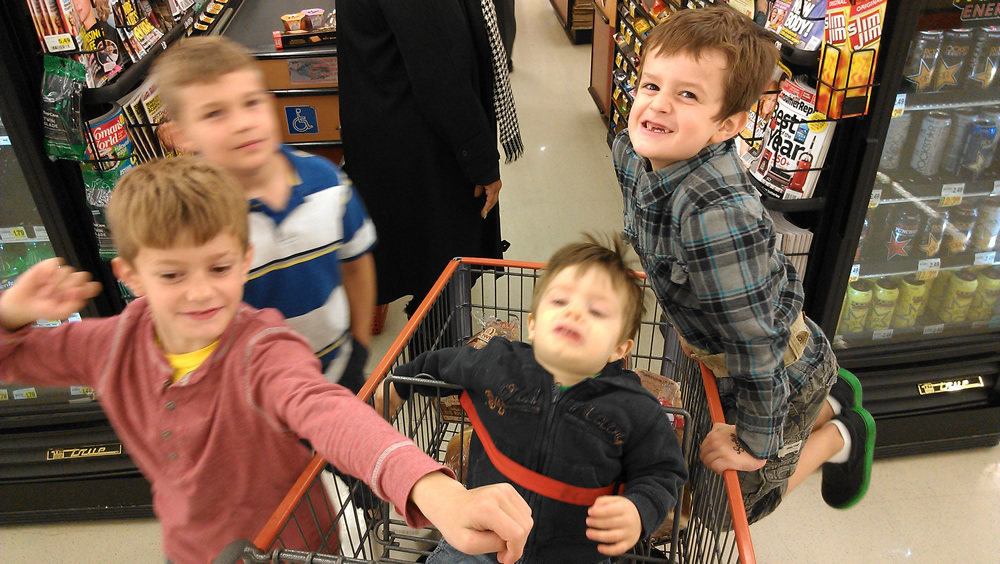 At the store. Hilarious, right? 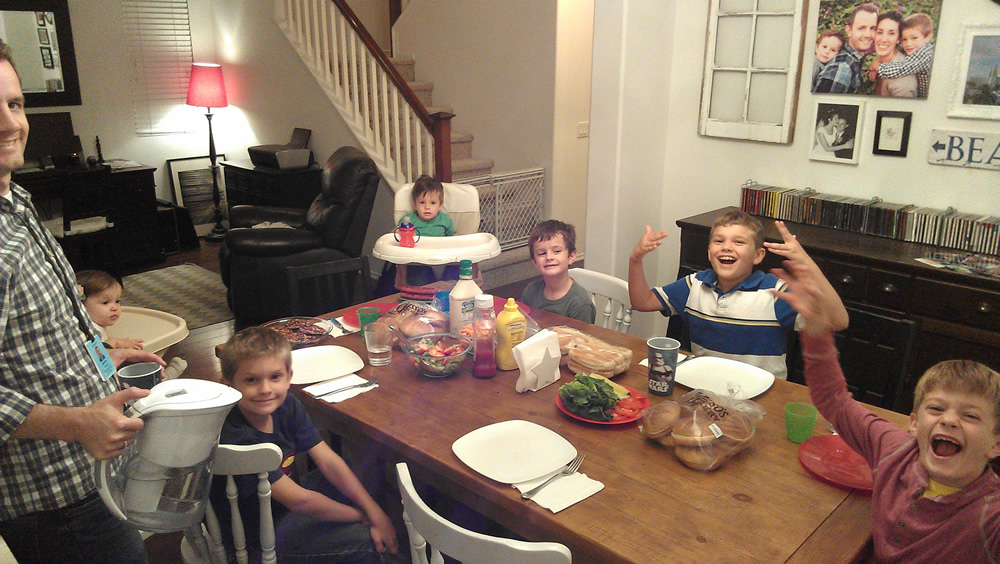 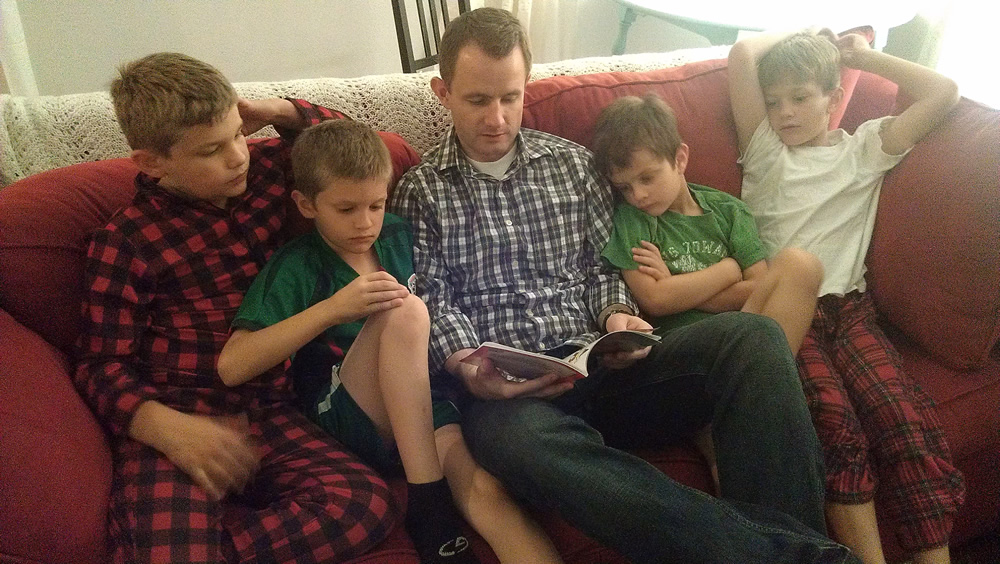 Look at those boys. Cute in their matching jammies, right? Funny story – I told Ben his jammies looked nice and he said, “They’re kind of small on me, but momma said that I had to bring the ones that matched”. LOL. Weedy, your terrible. 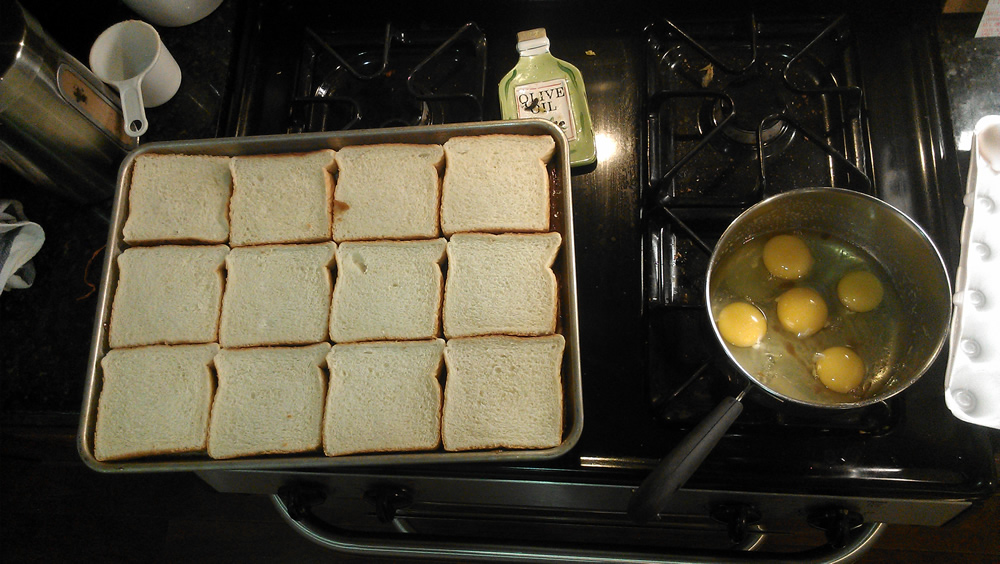 This is me prepping the night before for crème brulee French toast. It’s so good. And so unhealthy. 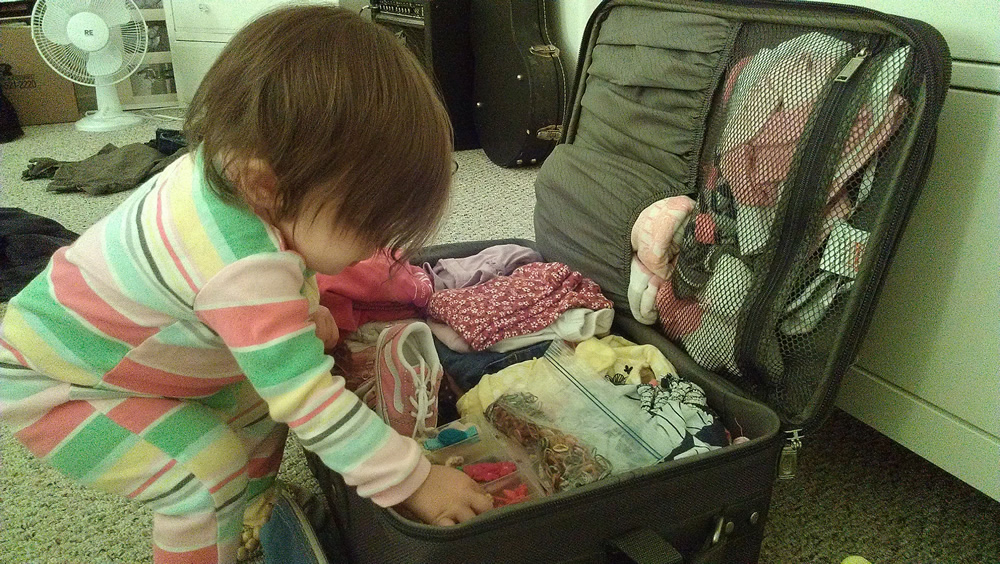 For the first half of day one I didn’t know where Emily’s bag was, so I was changing her and using diapers and stuff out of her diaper bag. Then I found THIS. It was comprehensive, to say the least. 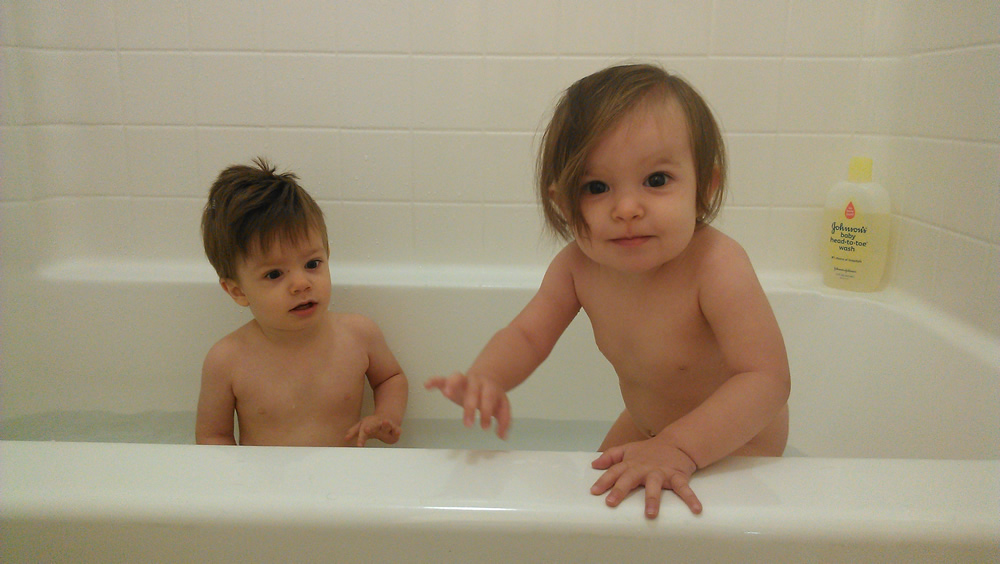 And now for Emily’s outfit changes: 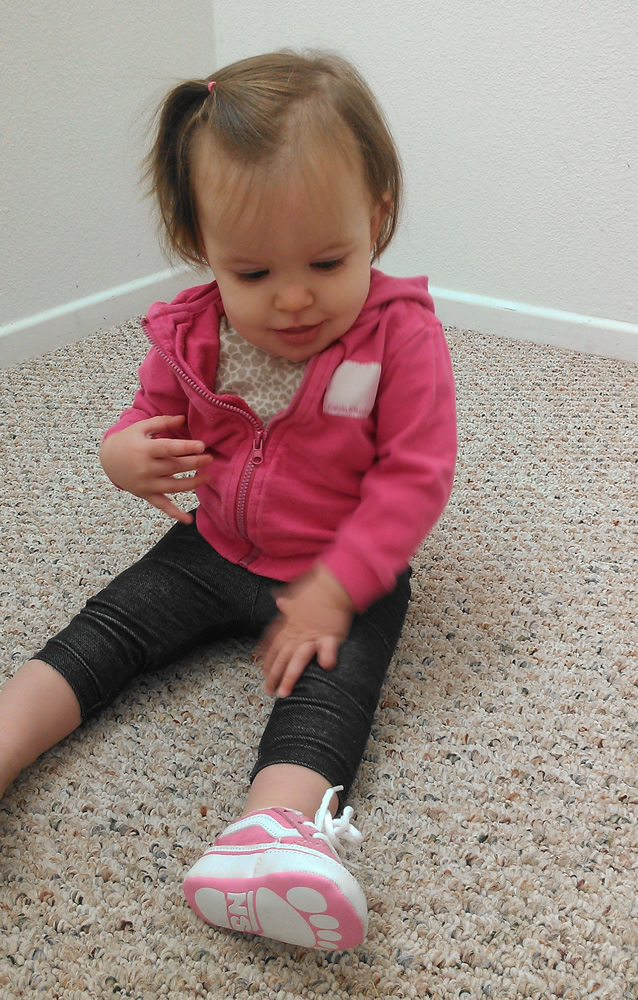 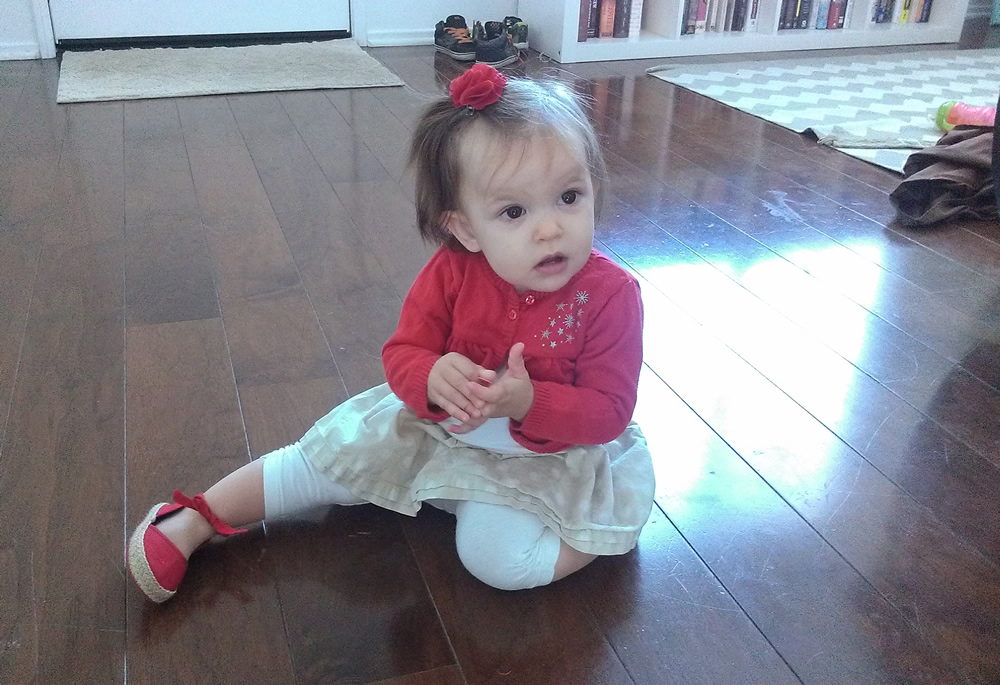 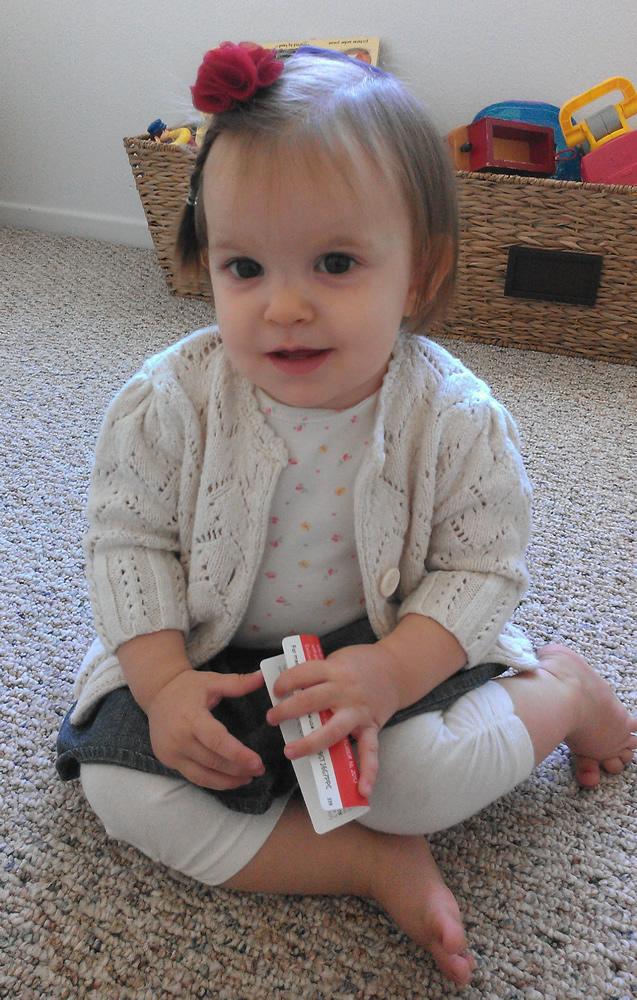 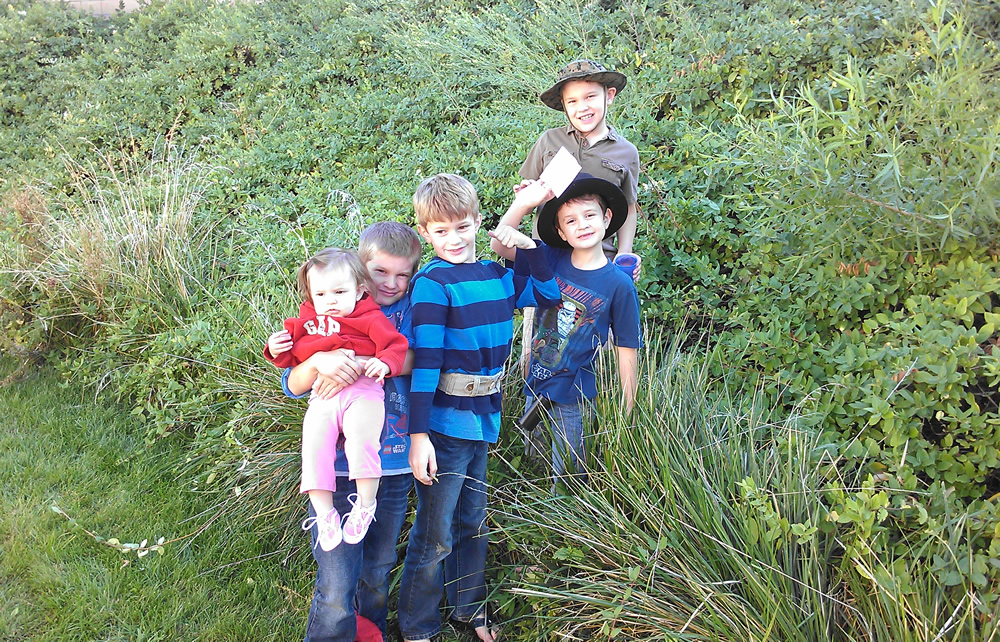 Braving the wild of our backyard. 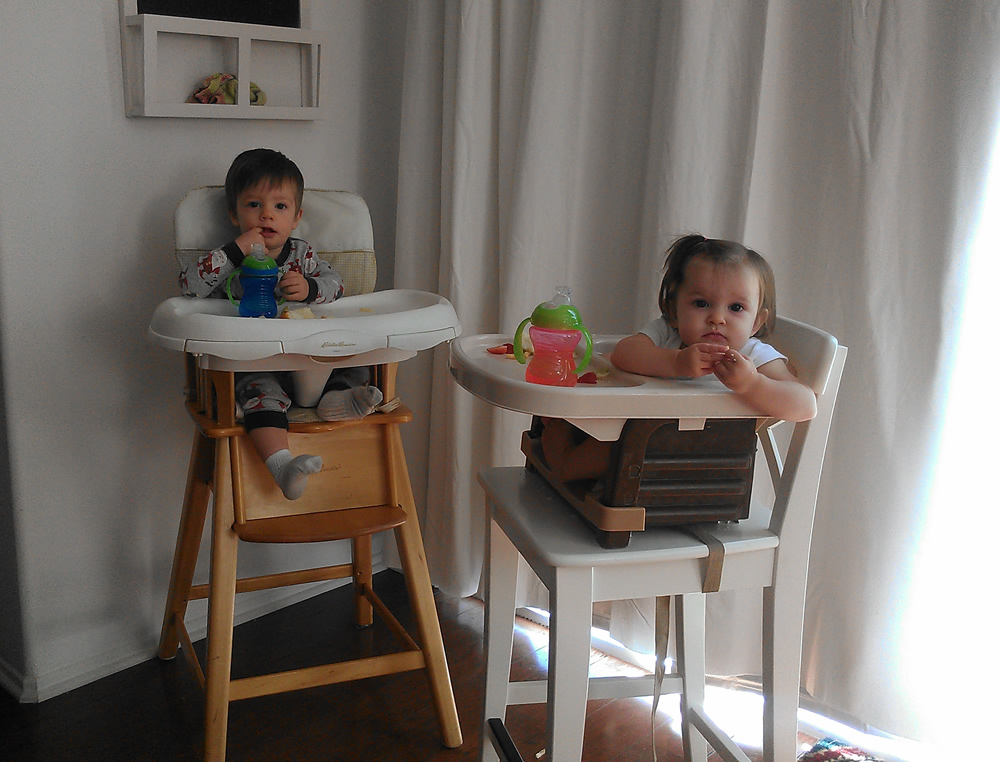 One thought on “Watching Clarkies”