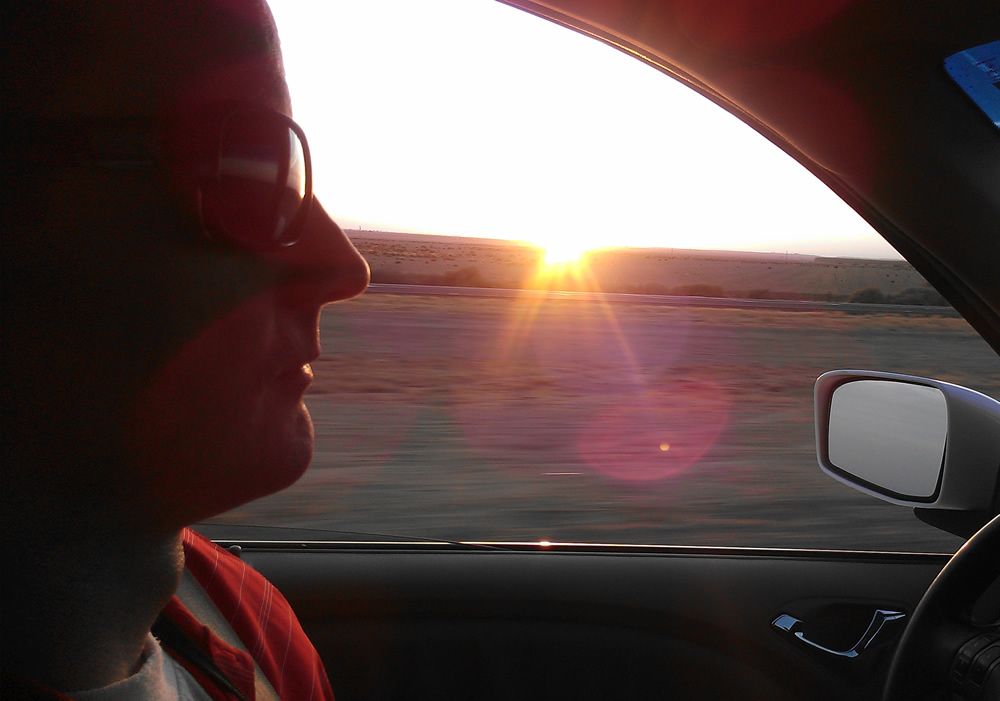 About 3 weeks ago, Daniel and I took a trip up to northern California, back home. The trip from here to there is about 7 hours. Not bad. We had watched Clark’s kids so they could go to Las Vegas alone and so they watched ours so we could take this trip. We left on Friday around 2 pm and came home Sunday night around 8 pm. It was heaven.

Daniel and I were originally taking the trip to get furniture from Daniel’s mom, then we decided to make it fun and celebrate my birthday a week early. We stayed at my parents’ house the first night, Friday night, then we spent half of Saturday with Daniel’s mom and Grandfather. But the other half of Saturday was spent playing. We went to eat cinnamon rolls at Cinnaholic in Berkeley right next to campus, we went shopping in Emeryville, then we ate that night at an AWESOME bbq place called B-side BBQ and to top it off …. had a black and tan ice cream sundae at Fentons. We ended the night in the hot tub at our hotel and slept in the next morning. Soooooooo, good.

Sunday morning we were headed home, but had to eat breakfast ….. so we thought, “if we’re going to be buying breakfast and breaking the Sabbath, why not break it by eating a really yummy breakfast??” So, we went to Brown Sugar Kitchen in Oakland. The wait was ri-diculous. So much so, that I would probably never go back. But their specialty is waffles and fried chicken (southern thing). The waffles were dropped straight from heaven. In fact, they almost didn’t make it down to earth because they were so light and airy … they drifted down to our plates

They were made with cornmeal and they were crunchy on the outside and so fluffy and airy on the inside. It defied all physical laws. And they served the waffles with this really awesome apple syrup. The apple sausage was also stand out, as was the toast. for real. Who does toast that good? Anyway, it was a fun find, in a terrible part of Oakland, but fun. We waited for 2 hours. At an hour and a half we thought, “we’ve been waiting THIS long … should we really leave now??” Anyway, it was a super fun weekend. I forgot how much I love being with Daniel all. the. time. There was not a moment where I was wishing someone else was in his place. Even at Anthropologie.

Oh yeah – red letter day!!!! I finally bought something at Anthropologie! I’ve been gifted things from there but never bought anything. I know, crazy. So I got a delicious coconut milk mango candle, a shirt and a sweater. Very exciting stuff. So that was that. 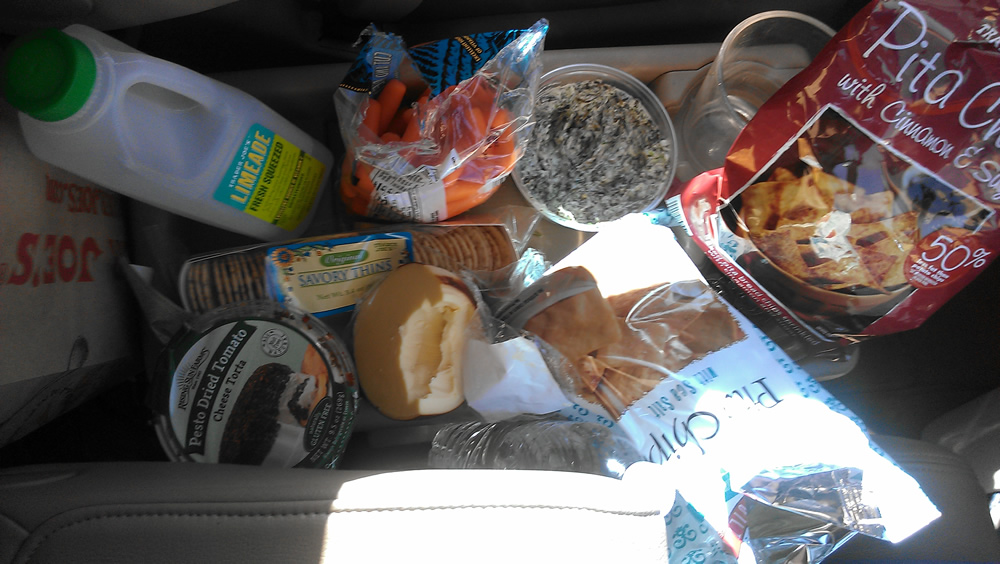 Car snacks. I guess food is a big deal for me. I’ve spent quite a few words (and you will see pictures) on food. When we travel with the boys, we always have dumb stuff like graham crackers and fruit snacks and bananas. But when Daniel and I do road trips, the car snacks are much better 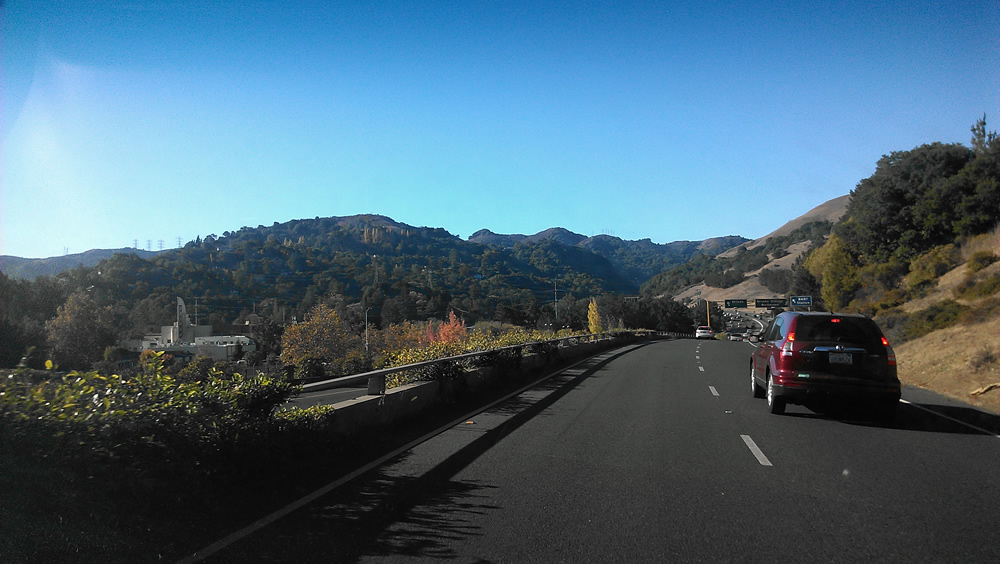 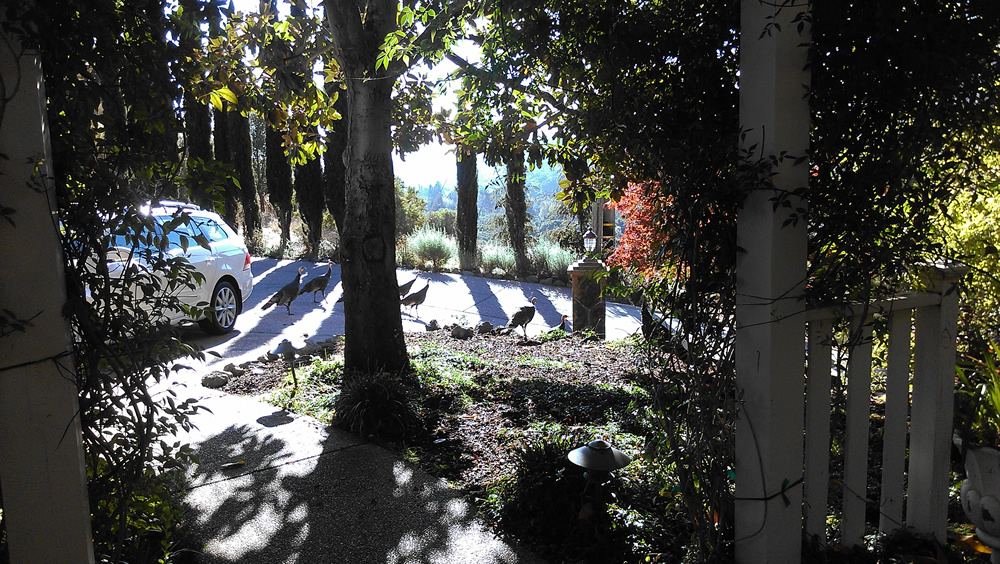 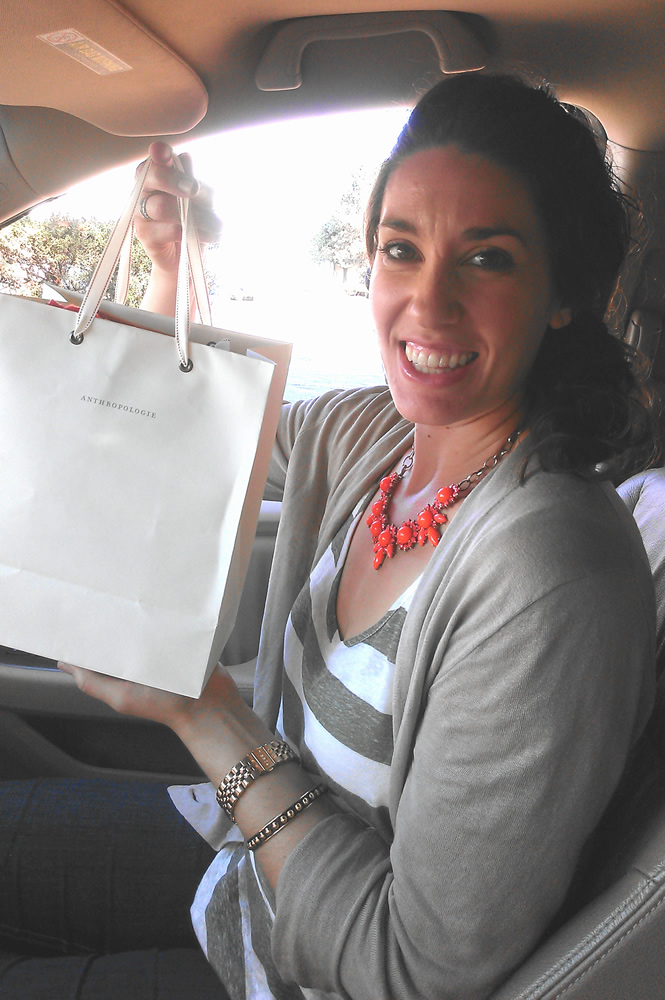 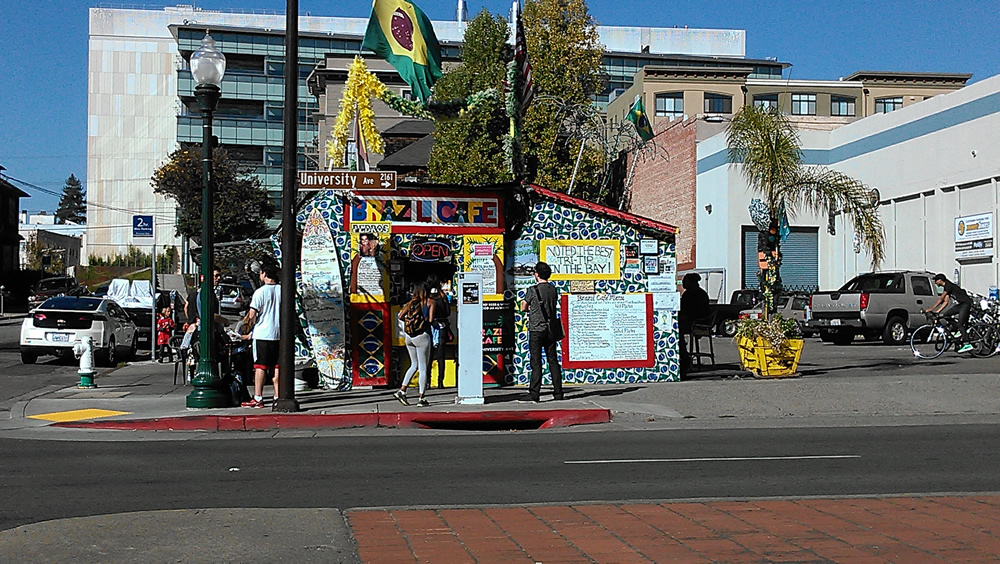 We actually didn’t eat here, but I love that some of the best food is in tiny little huts like this. We searched Zagat for food ideas before we went and found a TON of highly ranked food in Oakland and Berkeley. It’s like they know how to do food here. 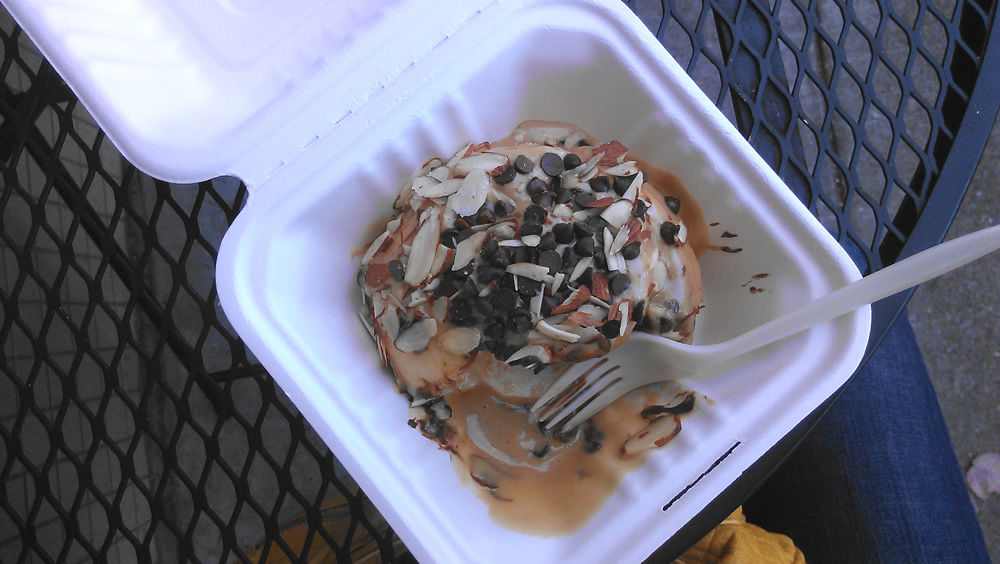 My cinnamon roll. At Cinnaholic you get a cinnamon roll and then get to choose the toppings. I had a mocha, almond chocolate roll. Soooooooo yummy. I want one now. right now. 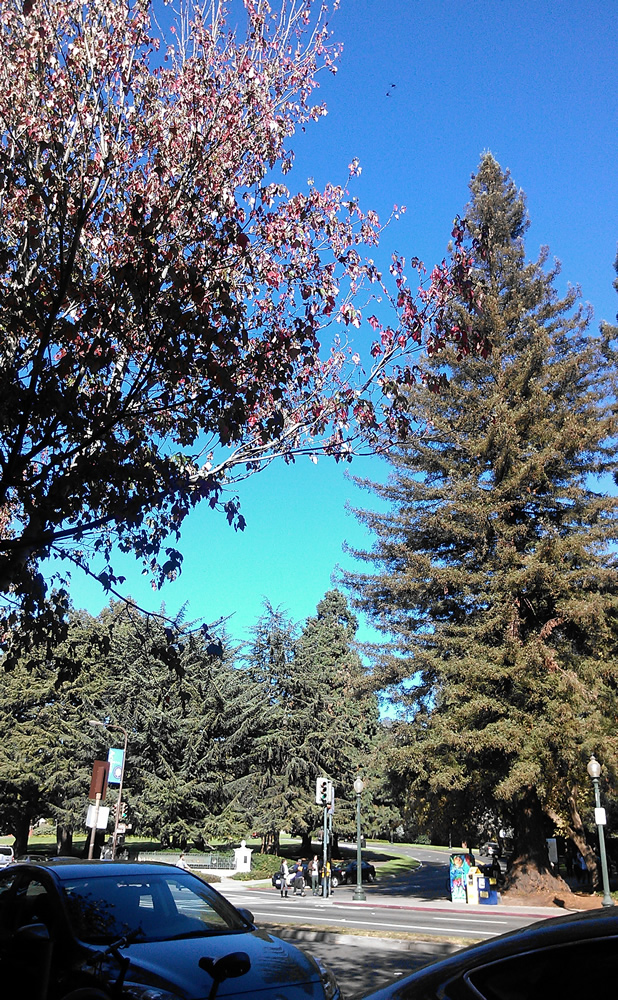 The view while eating my cinnamon roll. It was a perfect day in Berkeley. 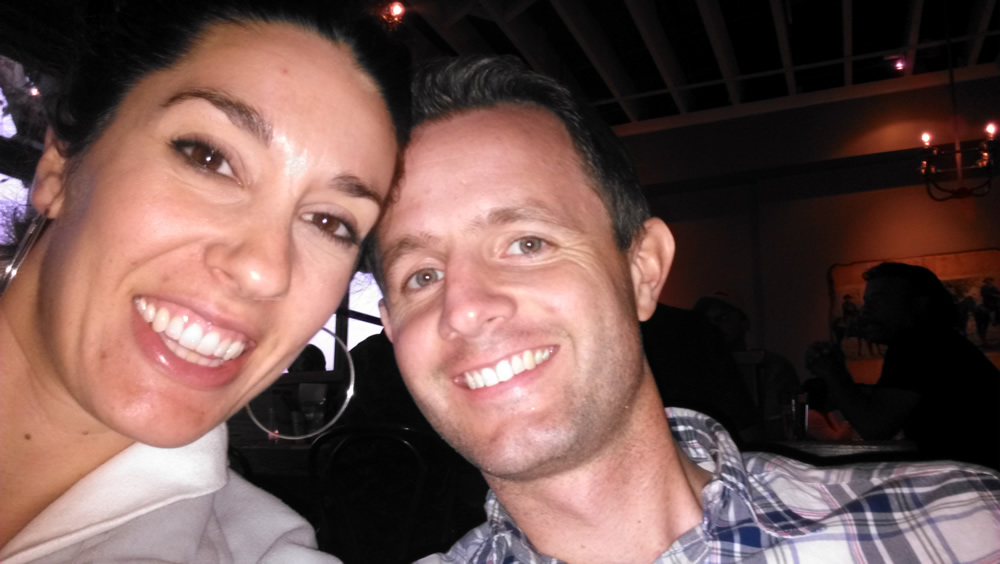 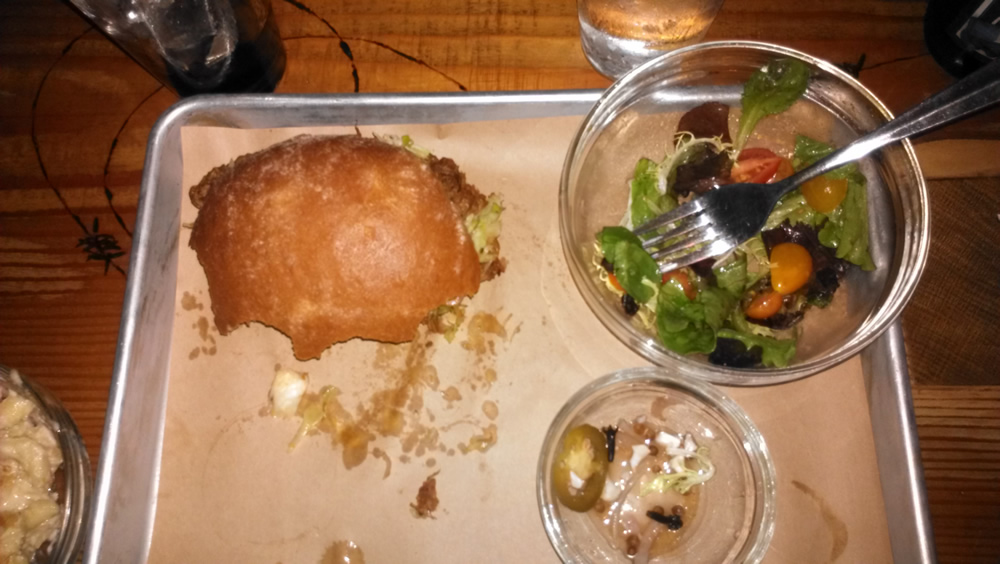 One of the highlights of this place? The random pickled veggies on the side! It was vinegar and cloves and pure flavor. 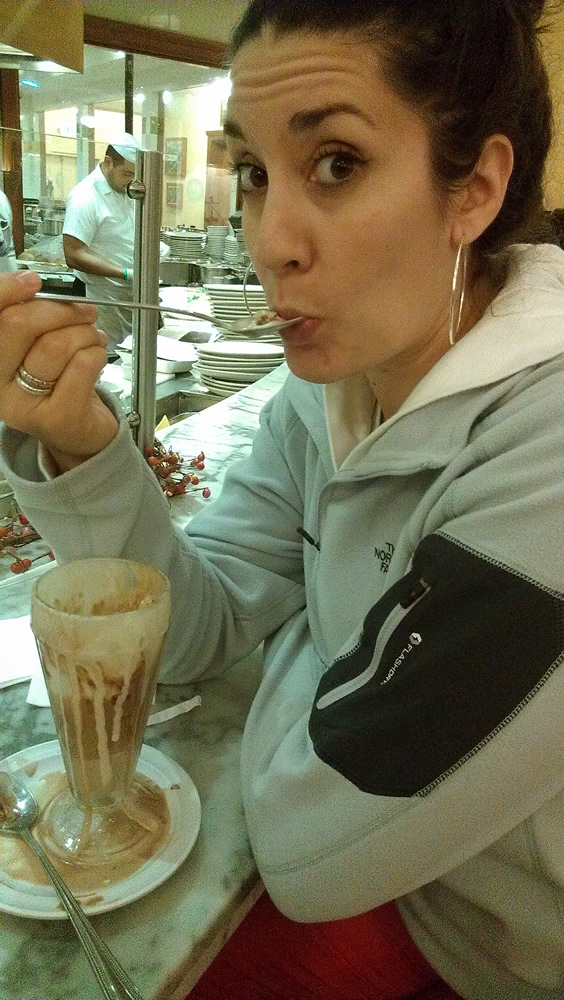 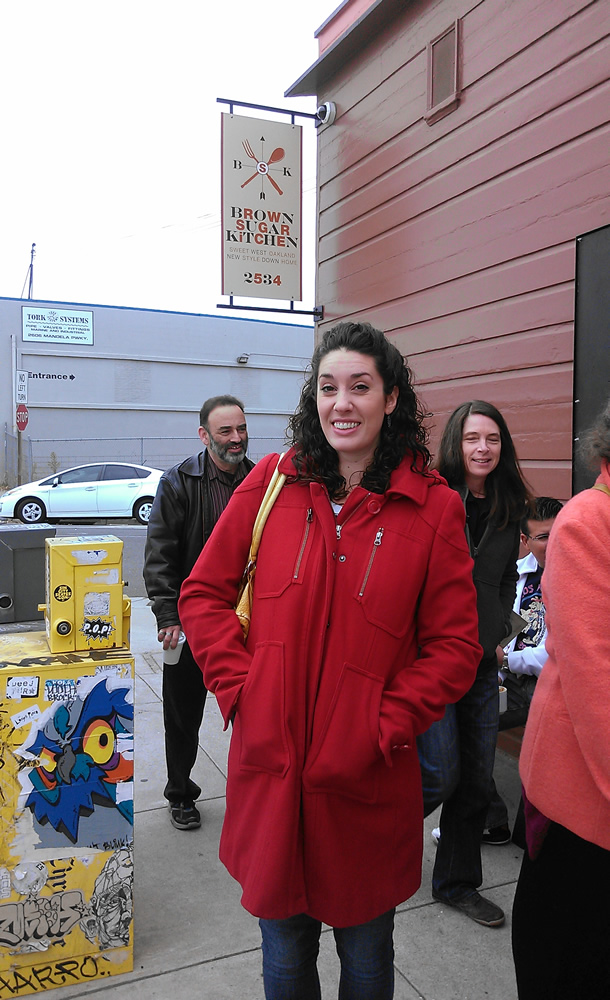 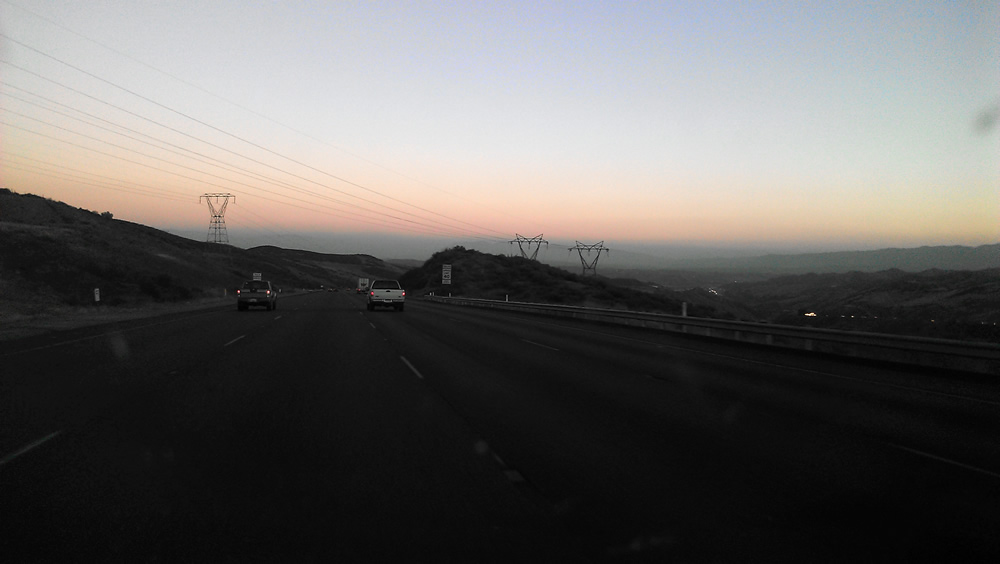