My friend, Christine, once told me a saying. It was something along the lines of, “you only make stories in the rain”. The gist of the saying is supposed to mean that the only great stories you end up telling are the crazy, awful ones that you make while in trials. I want that to not be true. Ever. I haven’t blogged for a while because I’ve been so busy having a blast. And I want to make stories in the sun. So I want to document these. I blogged a lot while in Michigan, because it was therapy. I want to share the good times too.

To round out September …. we went to the beach. A cool one south of Huntington, I can’t remember the name. All I remember is that Daniel had finally come home from all his traveling and this beach trip was planned for the Saturday after he got home and we had major “re-entry” issues with Daniel coming home and we got in a huge fight. We were supposed to meet up with my sisters and their families around 1 and we got to the beach around 4 pm I think? It was too bad, but it worked out and the beach was awesome and the weather was perfect …. ahhhhhh. It ended well 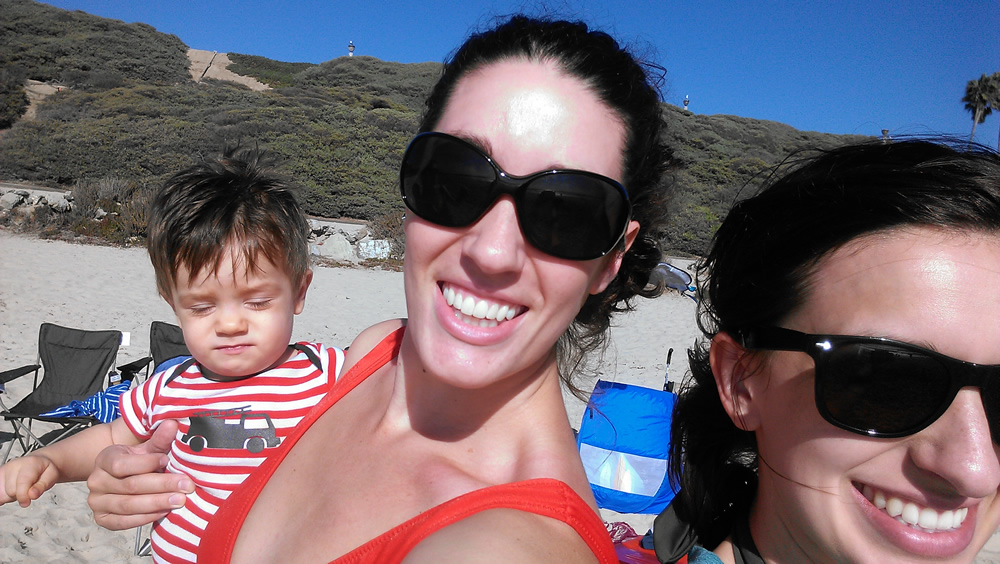 Ray’s face looks hilarious in this one, right? 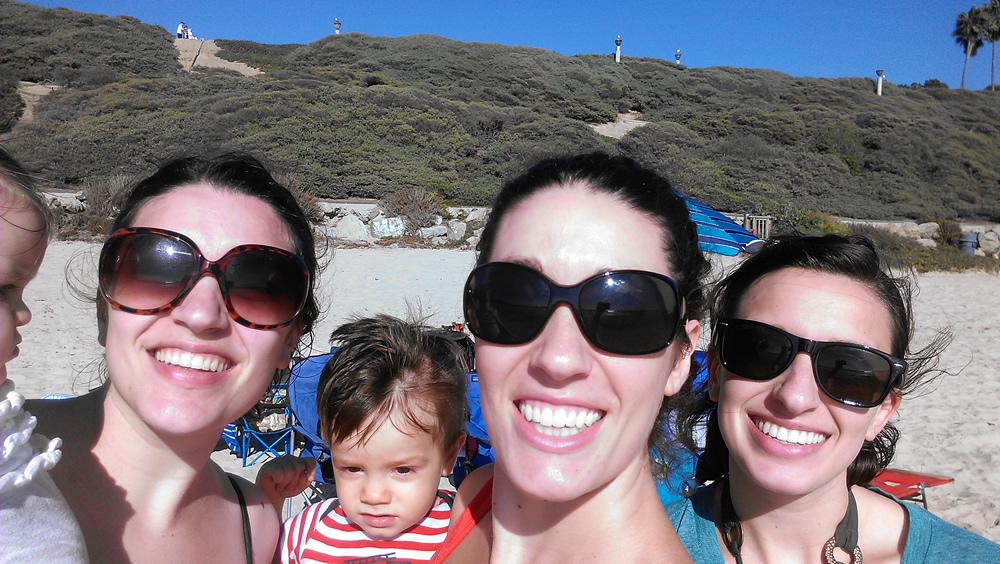 Also in September … I got to dress up Weedy for a casual dental garden party: 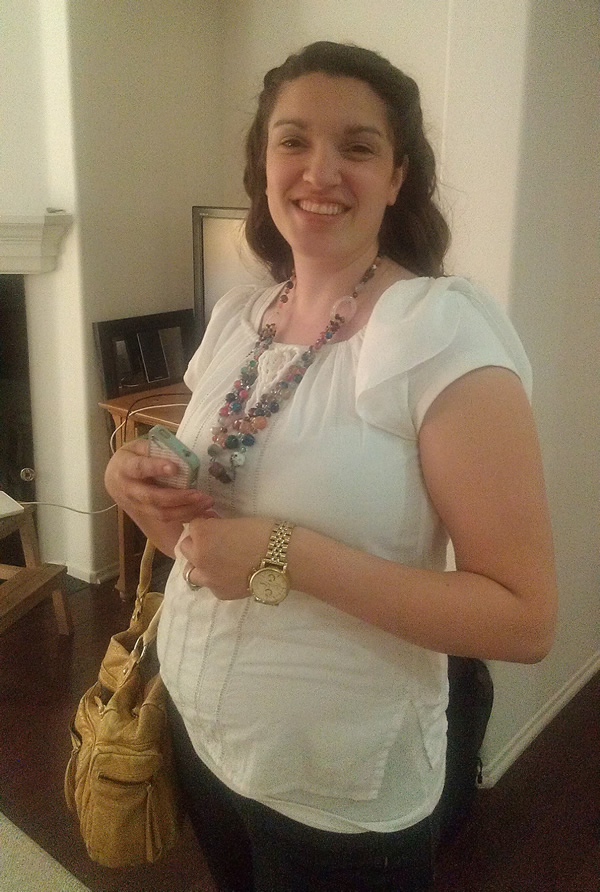 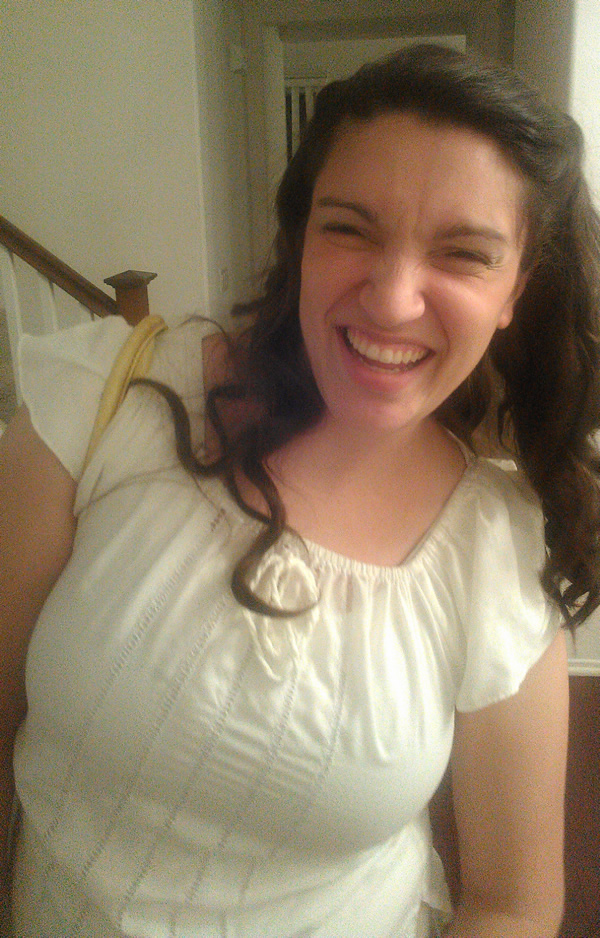 I spend so much time with Weedy down here and I love it. So fun.

And last of all, but definitely NOT least. I got rid of this pile in my backyard finally. I should have “after” pictures, but I don’t yet. That will have to come later. 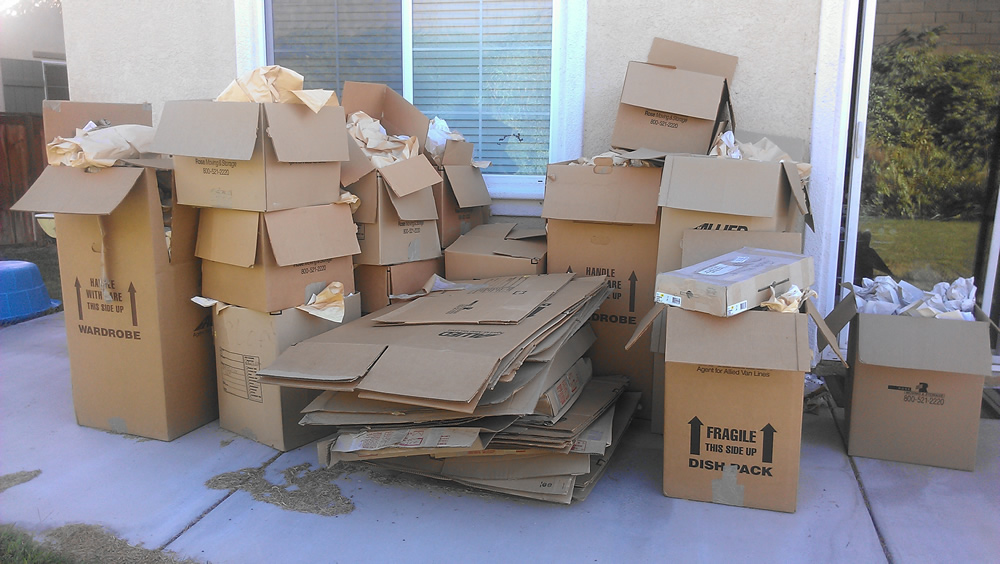 It’s crap. They’re gone. I guess I didn’t really consider it for a long time because I just didn’t want to. I didn’t think about it, until the day they left. It was sad. They came by the morning they were driving out of town. I wonder if Les and I waited for this goodbye to be the very last because we knew it would be hard and crushing. I cried. I hate crying. I watched them drive away, down my street, turn and disappear. It was just sad. I have felt alone many times since living here in Michigan, but it swelled up in me again when they drove out on Wednesday. I felt really alone … and just sad.

Leslie knew Daniel his freshman year at BYU. They discovered, the first Sunday they were in our ward that they knew each other. Daniel said that as soon as he saw Leslie, the first thing that popped into his mind was not that he remembered knowing her, but instead thought, “she looks like someone Francesca would be friends with”. Funny, he was right.

I remember Leslie telling me I seemed like “one of her people”. I didn’t really know what that meant at the time. But she is. She’s one of mine too. I could try and explain it, but I can’t really. Some people you just find to be “kindred spirits”, people you understand and connect with. She is a LOT like Daniel and he, of course, is my other half. I need people like them in my life and one just stepped out of it. Not completely, but it will never be the same. I don’t know that we will ever live 5 minutes from each other ever again and so it will change. She was my friend, my co-conspirator, my workout buddy (as much as that was totally painful), my young mother pal, someone I depended on …. and it seems like it went too fast. We knew she’d move to LA a year ago, but that doesn’t matter. So, a chapter has ended.

Wednesday was a rough day. I cried when she left. Then when Daniel came home, I did it again. I did it again while alone in the car driving down a street to get to her old house. I kind of felt silly. It’s not like she died. But it’s not like she’s here, right here, next to me anymore.

So, I just breathe and move forward. I went on a camping vacation with my family and now I’m home and I’ve got plans. I am going to finish painting the garage and organize the basement and clean the bathroom and ….. ah man, I miss Les.

Last playdate with the Jamiesons: 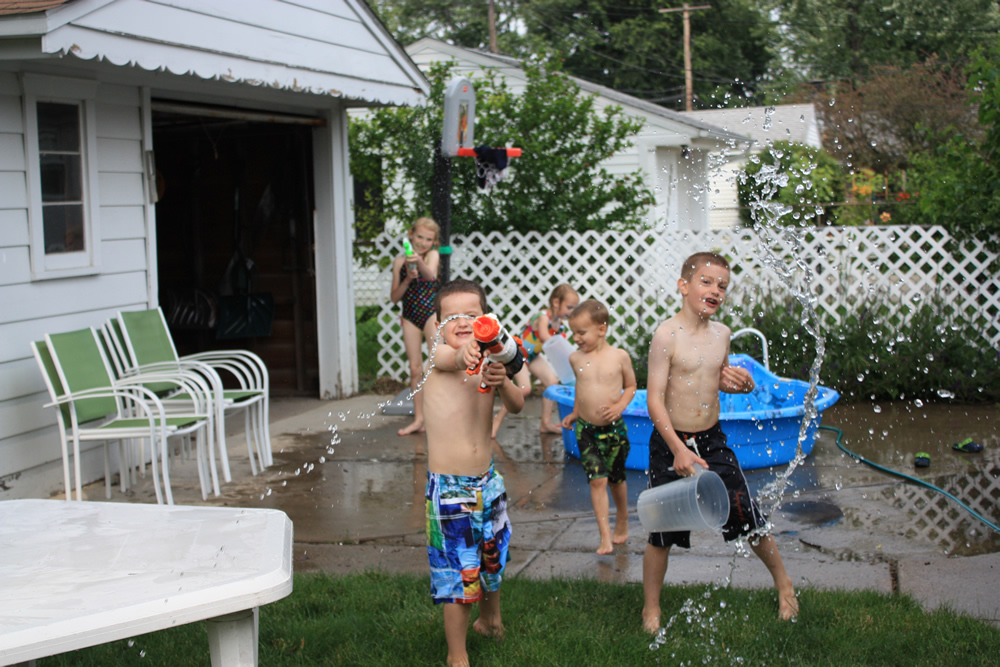 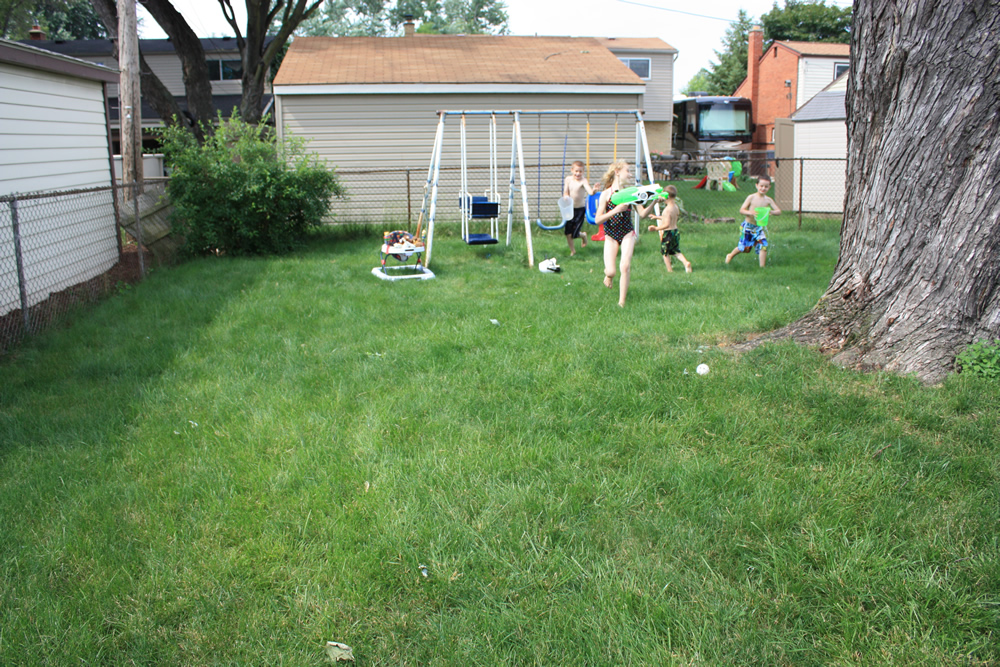 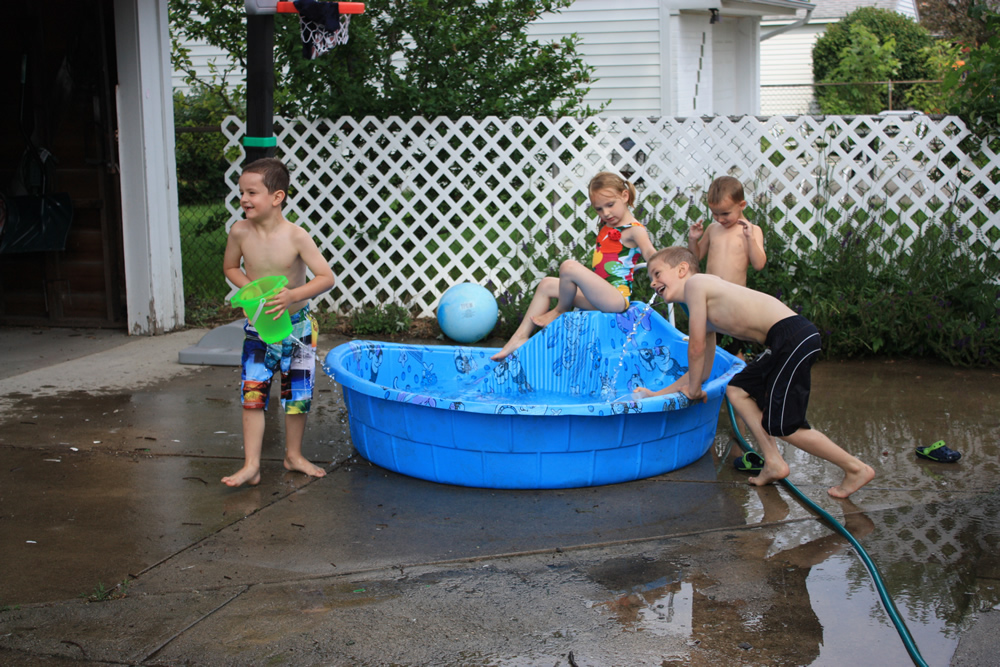 Last double date out with Bobby and Les: 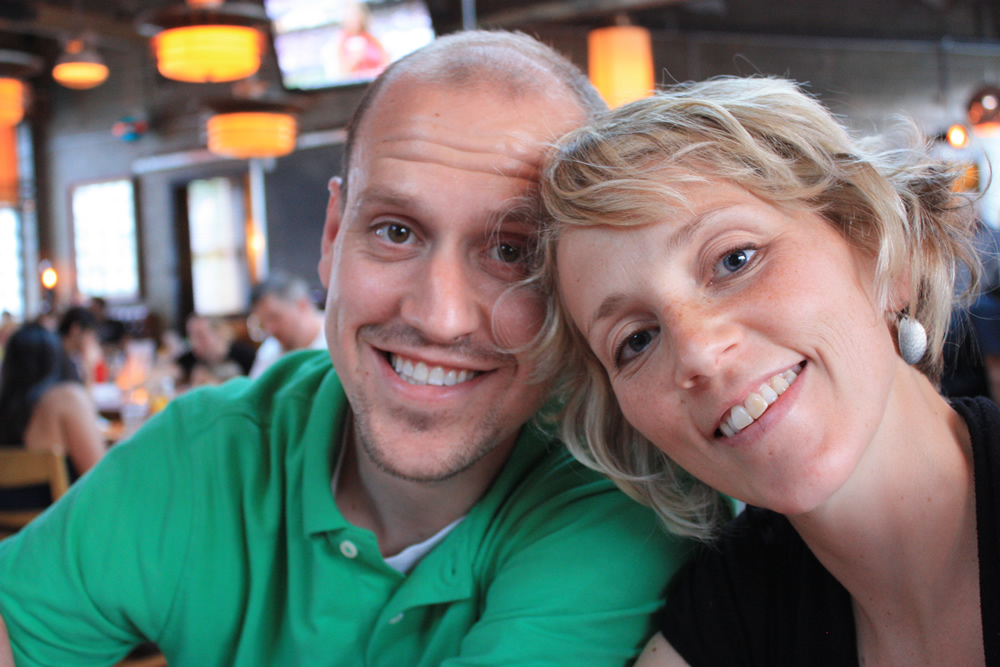 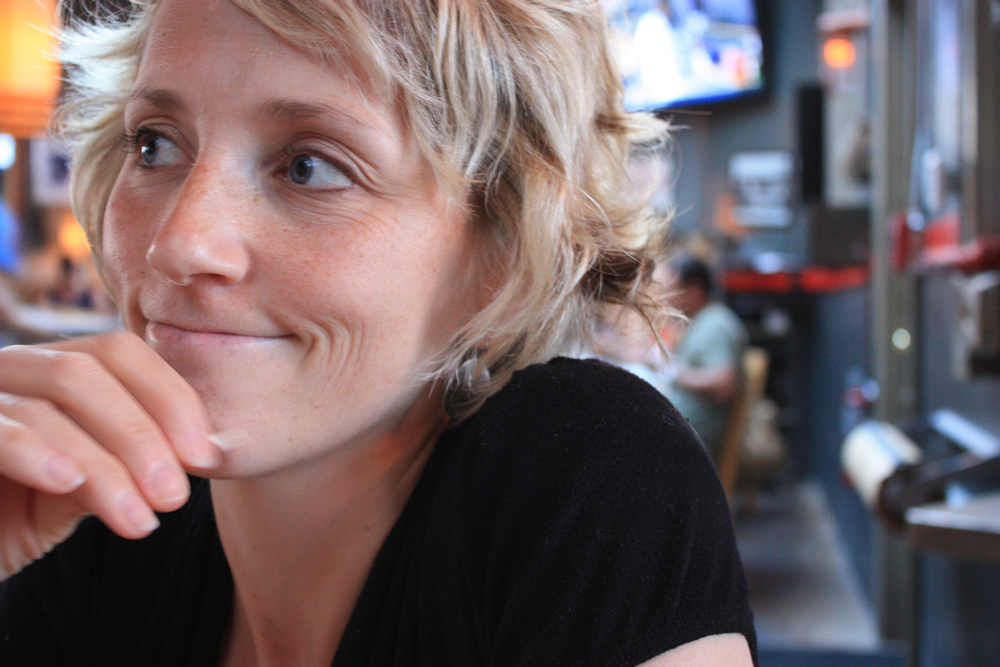 And the place we went to was awesome! It’s called Vinsetta’s Garage. It an old garage turned to restaurant. e had to wait for over an hour to get in, so we walked across the street to Trader Joe’s and bought some snacks, ate them in the car and considered that our appetizers

The food was so yummy and the theme of car garage was consistent throughout. very cool. very fun place. They had super ghetto yummy surprises in their food, like the milkshakes had Captain Crunch crushed and sprinkled on top, and their ice cream had pop rocks in it …. it might sound gross, but it was ghetto good.

We all had burgers. Best burger I’ve ever eaten …. anywhere. NYC included. 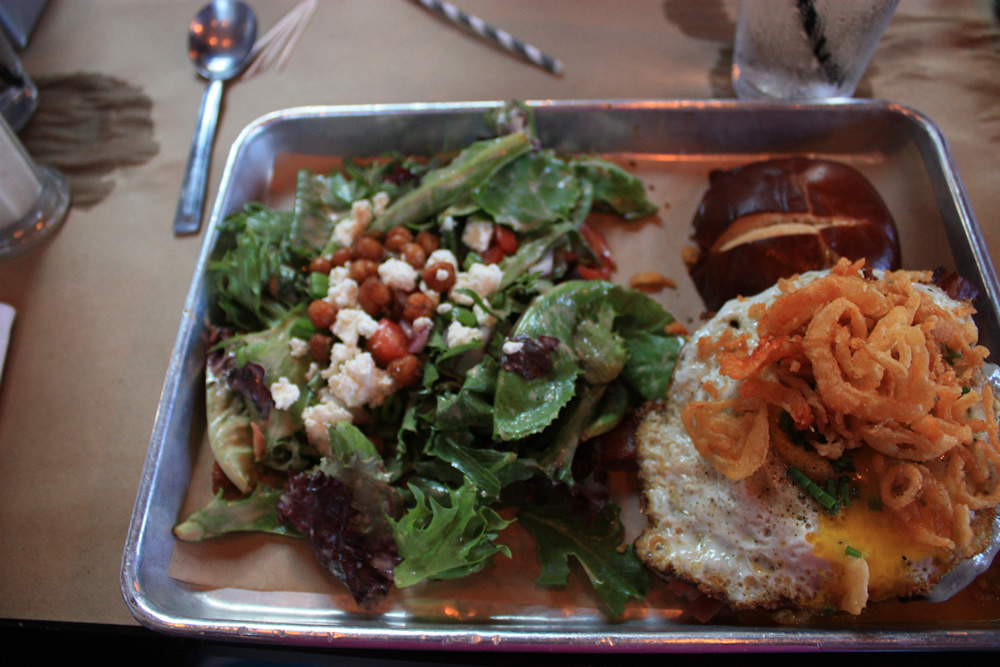 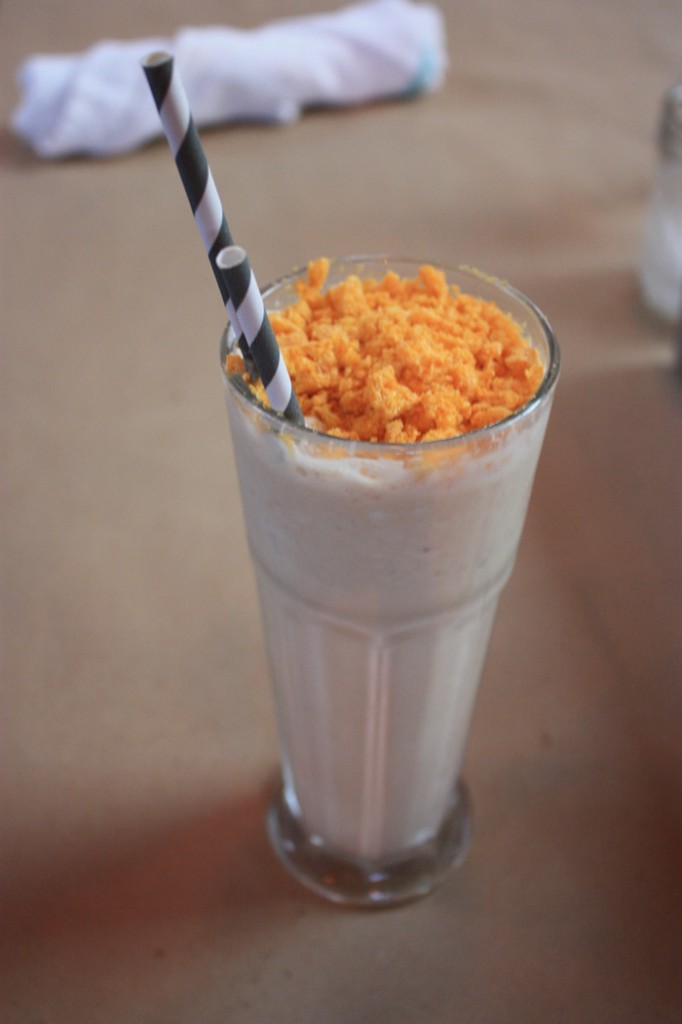 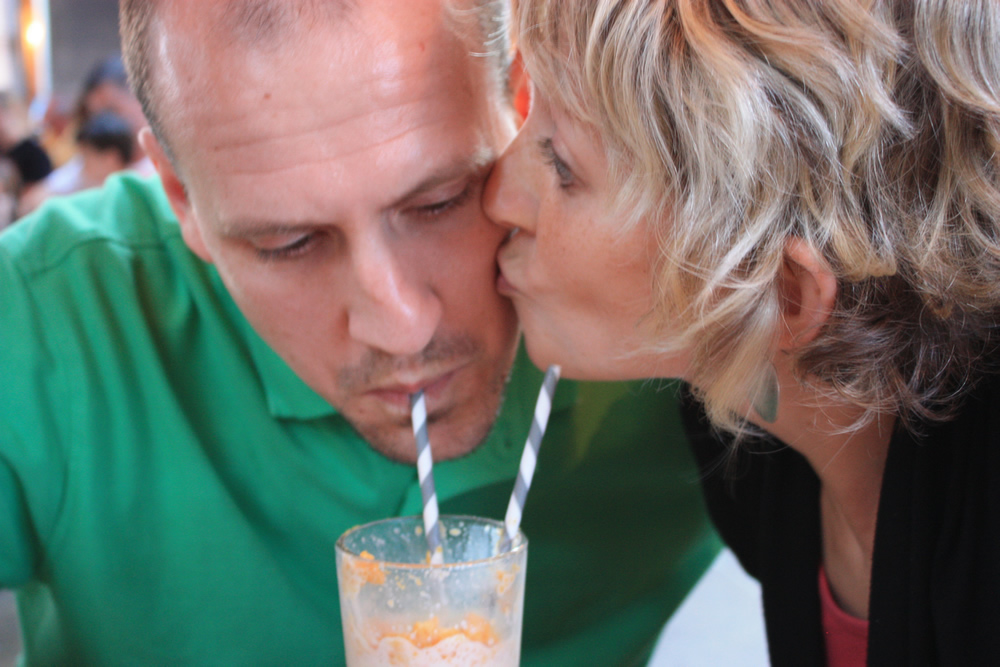 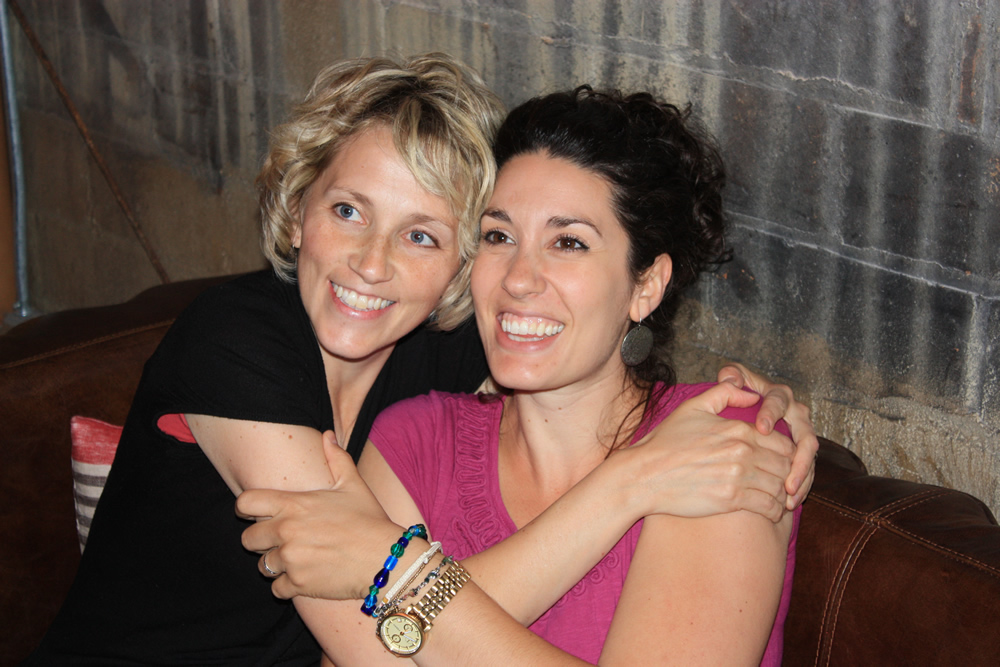 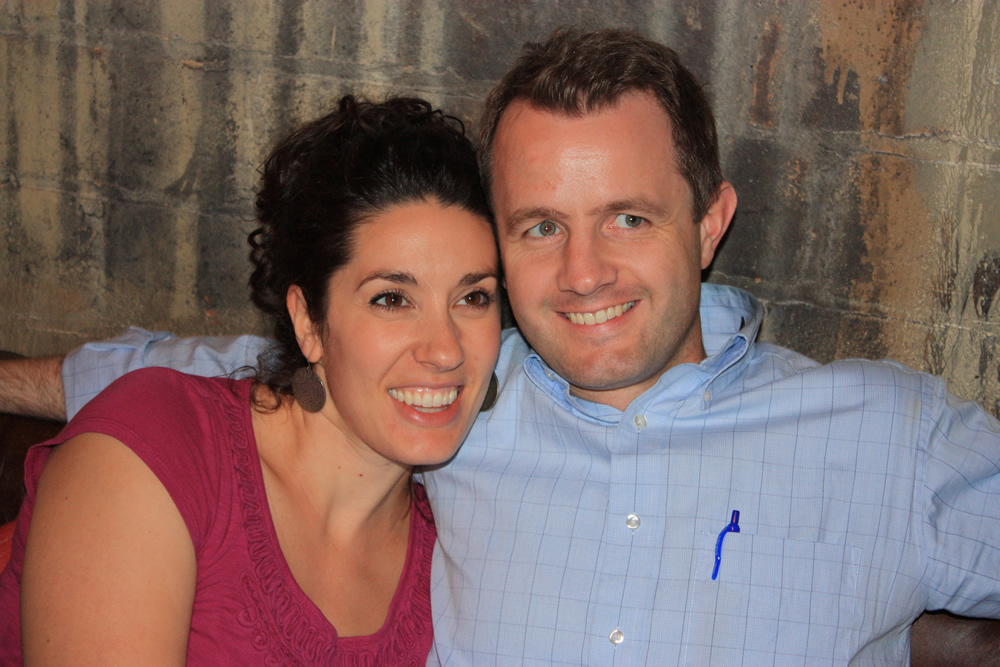 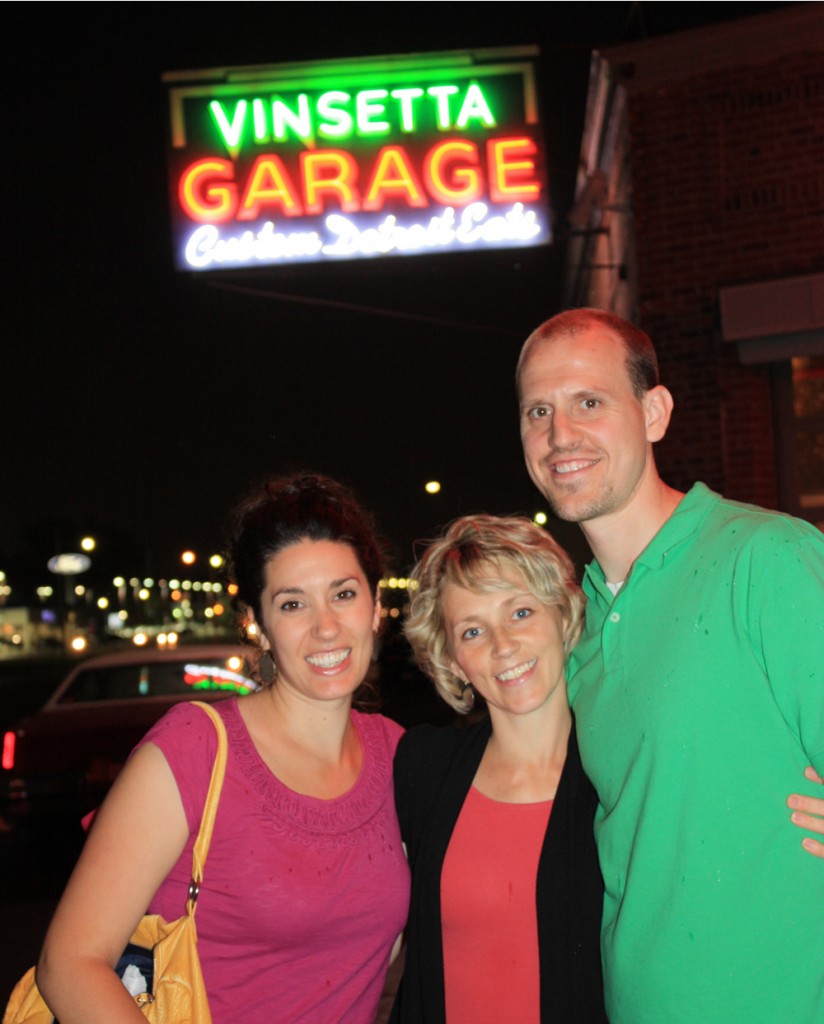 Ah, good friends. They are missed.

I have not finished blogging about my CA trip to visit my dad and family. t’s like I am avoiding it in some small way because there is too much. Too much to explain, too much to express. It also brings up all those happy feelings of seeing pictures of and remembering what it was like to be with my sisters, their kids and my parents. At the same time, it brings up sad feelings of loss that I have no plans of visiting them in the near future. It is always too short of a visit and too long in between visits.

I will come back to this CA and family stuff in a few posts, but for now, I want all those memories to myself a while longer, to hold safe and remember later.

But right now …. it’s on to other things for a bit.

Yes, there needed to b a post solely dedicated to Ray eating his first taste of cake. It was mini carrot cake cupcakes with butter frosting. 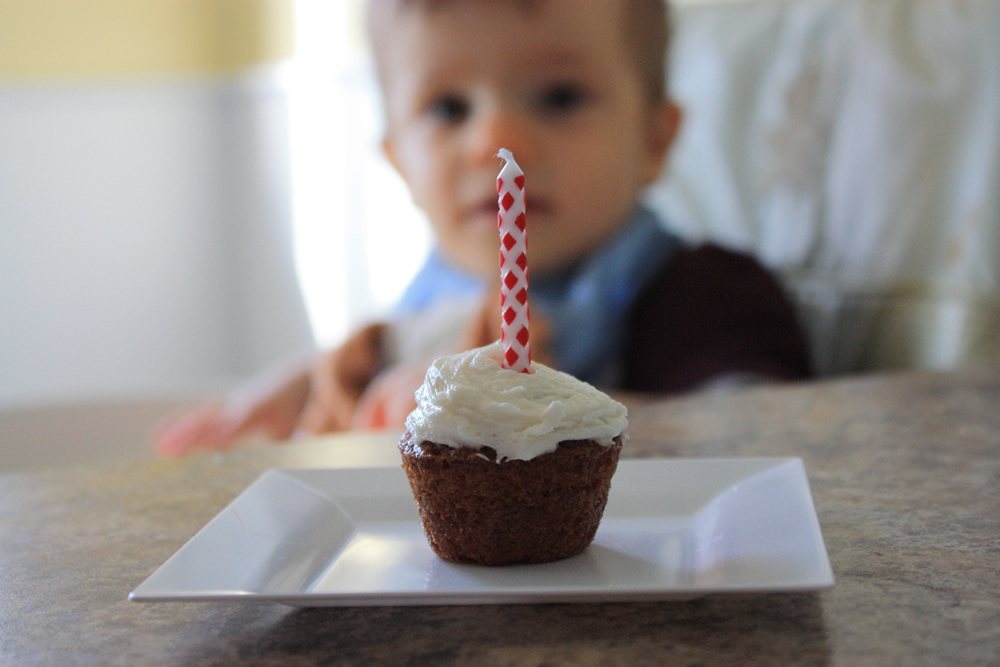 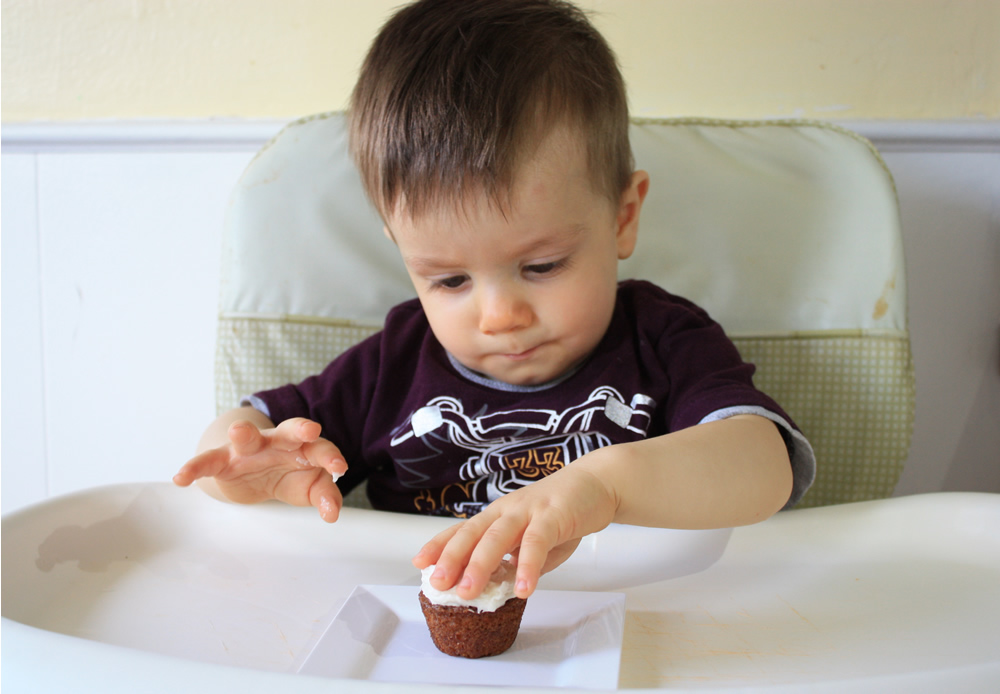 Ray was just testing the waters at first …. he’d delicately touch the frosting, then back away, then try again. Here’s the progression of things:

And then this was his face after he tasted it: 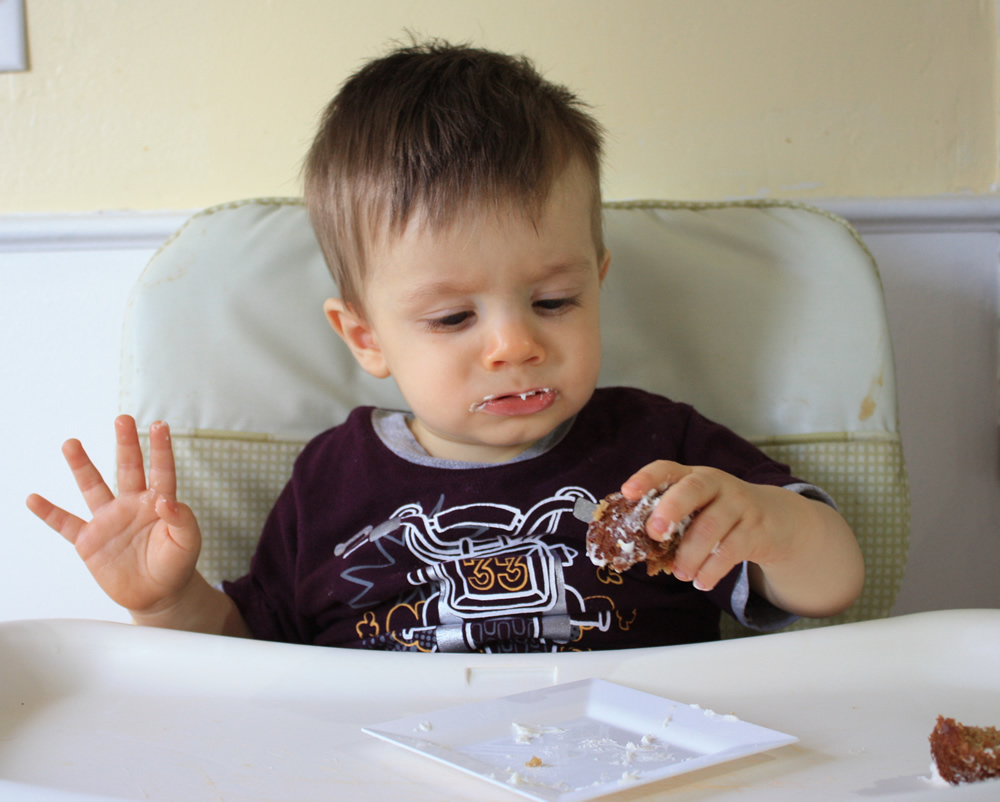 He seemed a little disgusted …. but he got into it: 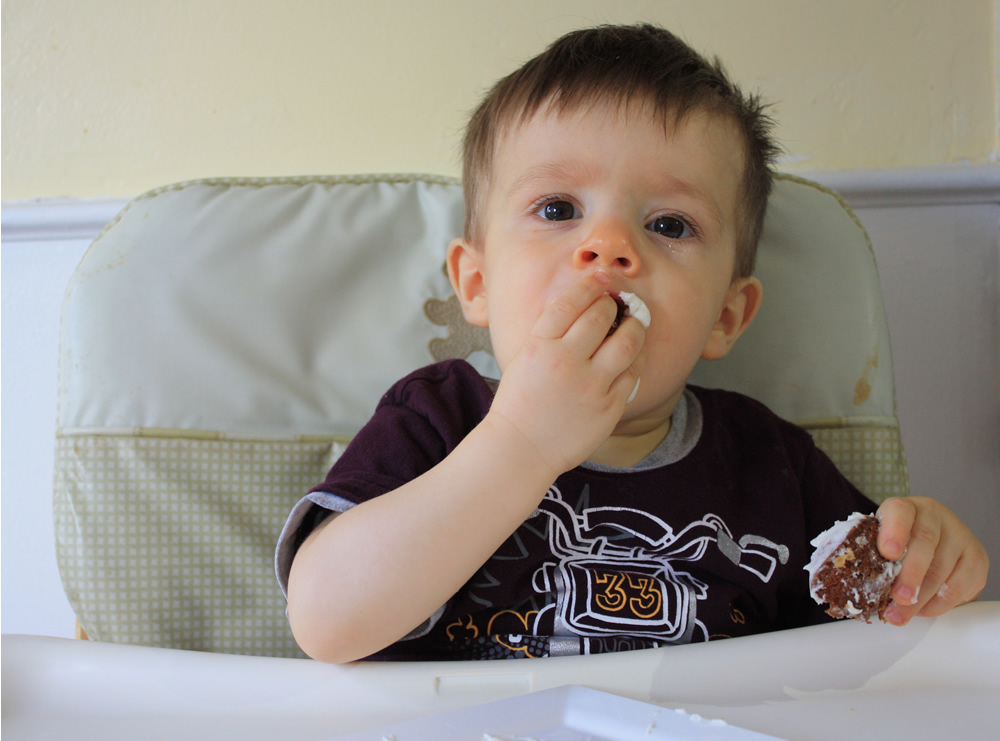 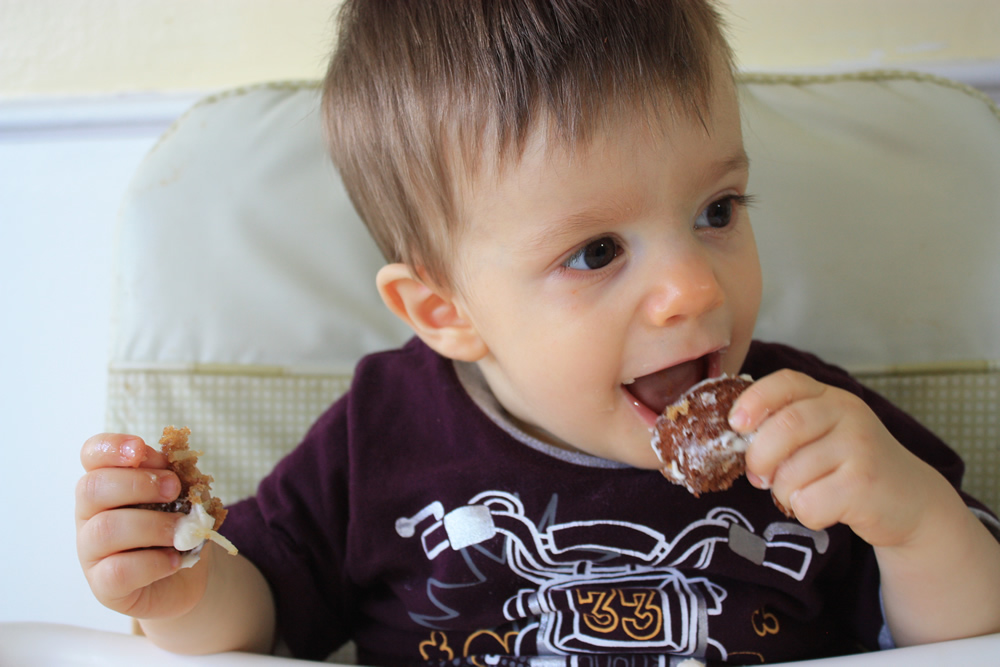 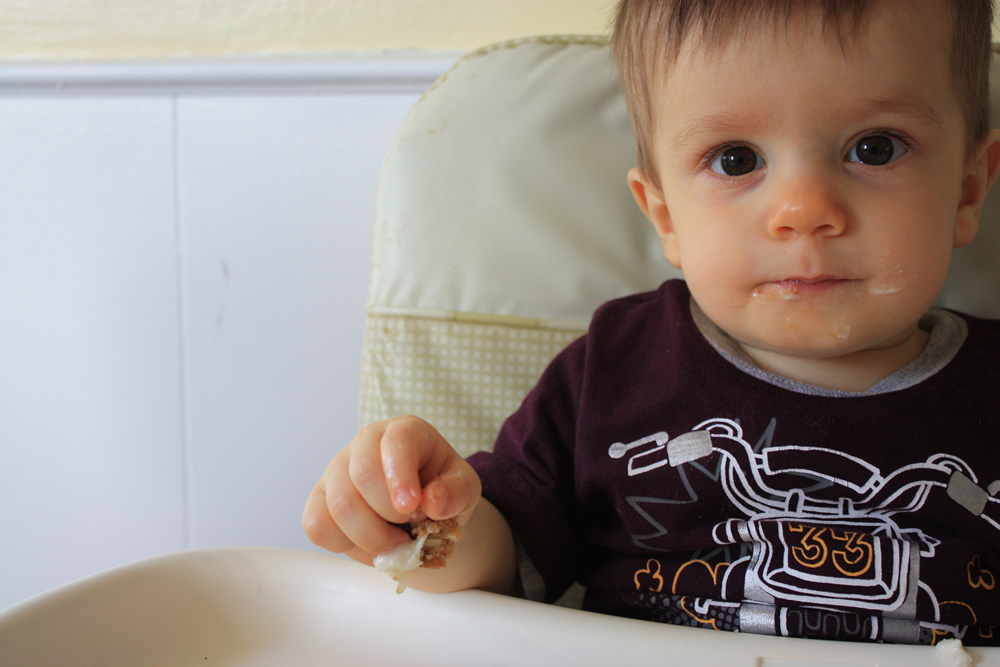 Then I asked the big brothers to come over for a picture with the birthday boy. In the next picture, guess who’s enjoying the hug more than the other? 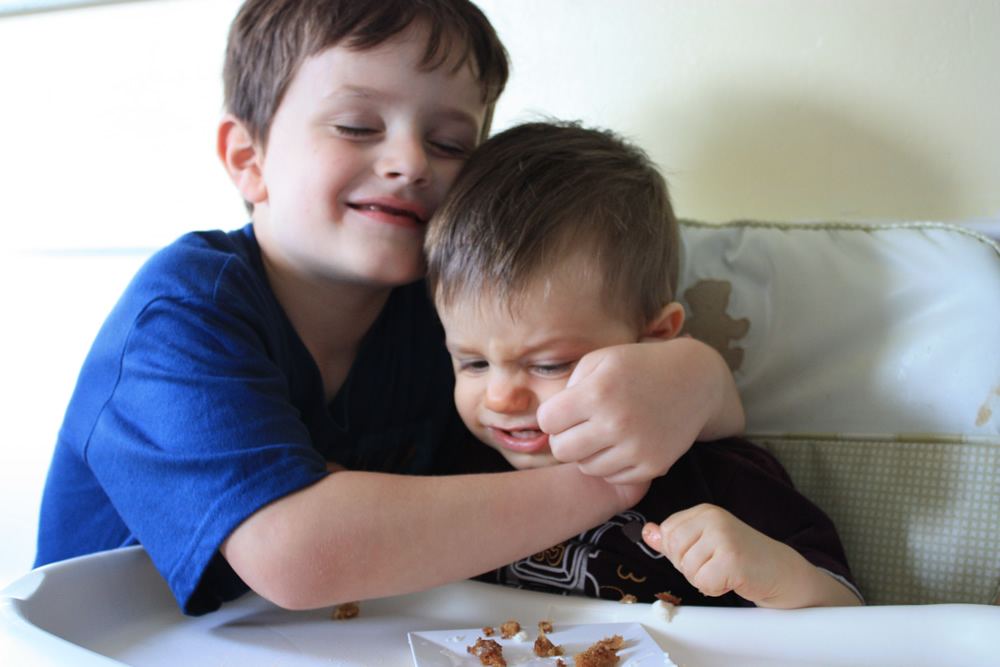 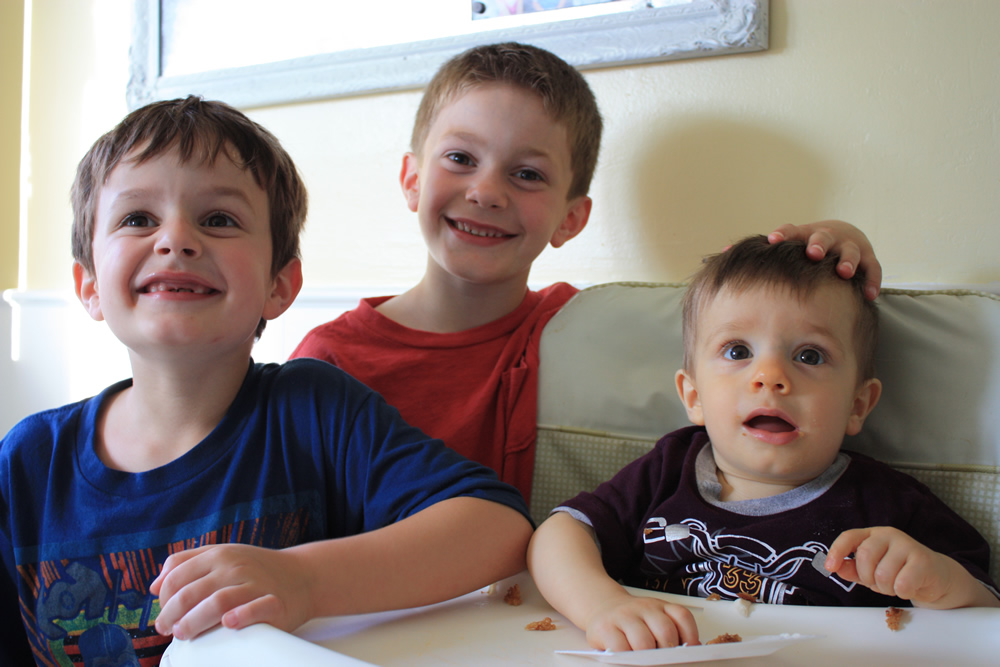 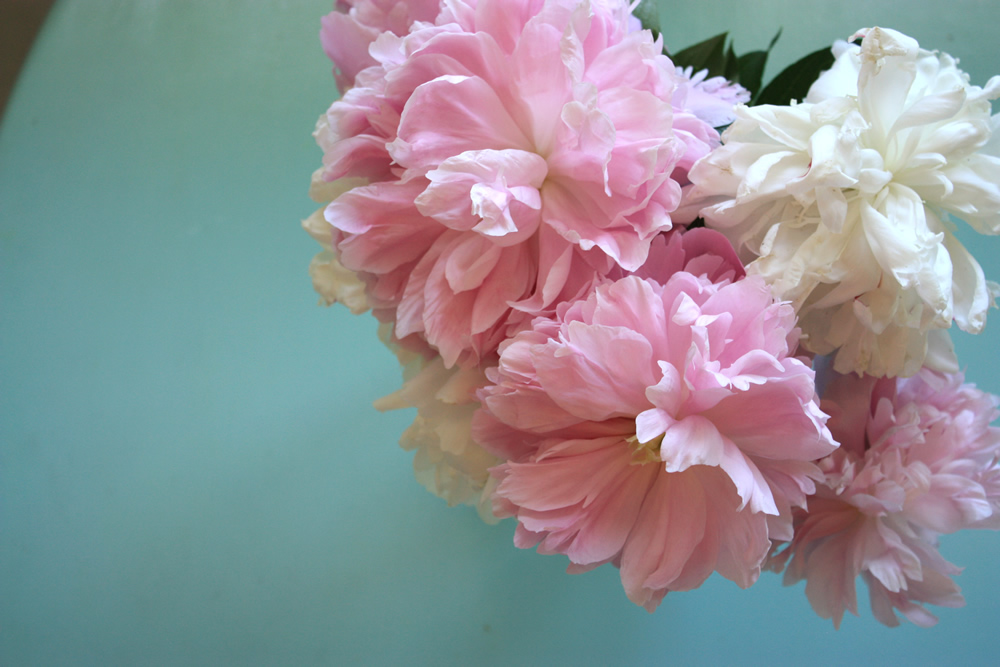 My good friend, Leslie, is leaving. She’s moving to southern California. And on Sunday, she returned a jar full of some peonies from her backyard (she has the most ridiculously enviable backyard, full of flowers and plants and trees that are usually cultivated over years, but she just inherited them all. Anyway, it’s awesome).

Everyone keeps asking if I’m all bummed out that she’s leaving and to be honest, I just don’t really think about it. I might be terribly sad in 3 weeks, but for now, I keep looking at these gorgeous, fluffy flowers on my aqua table and it brings total bliss to my heart. 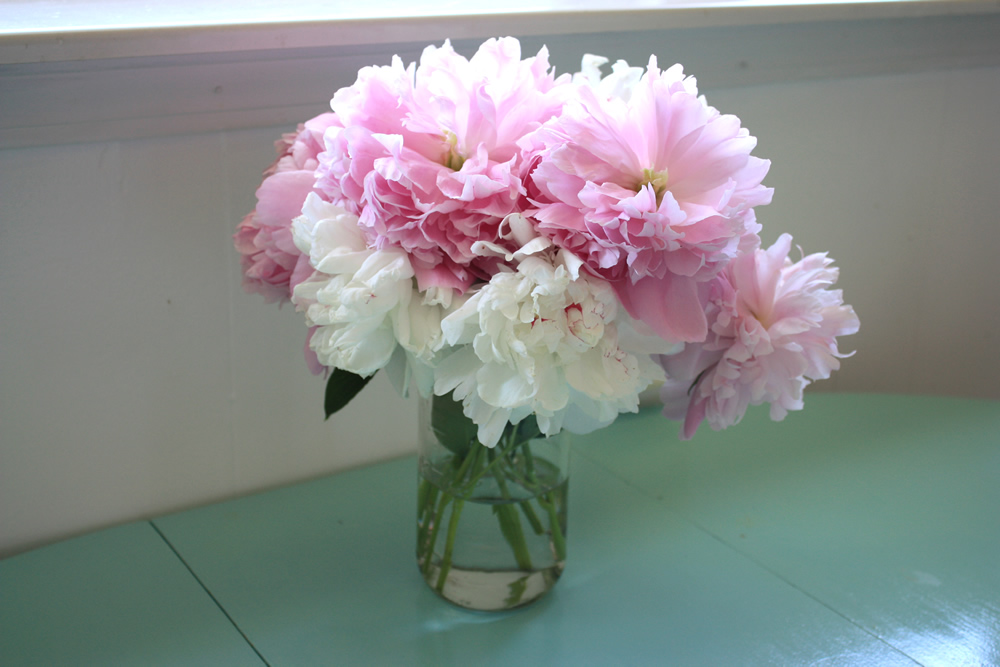